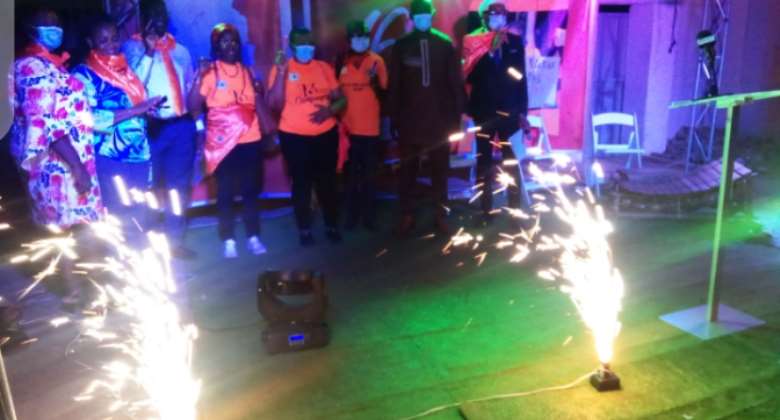 The United Nations Population Fund (UNFPA), says online violence on women is predominantly gaining grounds and must be tackled.

At the commemoration of this year's 16days activism against sexual and gender based violence, UNFPA Country Director in Ghana, Mr. Niyi Ojuolape said there's a lot of digital violence happening against women undisclosed.

"And this year, the United Nations wants to use this 16days to bring attention particularly to the issues of violence online. Violence in the online world is real, many of us might not come into terms with it but it's happening right now and people need to get to understand that this is something that we can do something about."

He said, online violence may further limit the rights of women to express themselves equally without fear and that will make women silent and impact affecting their confidence, self-worth, anxiety among others.

He noted that in Ghana, study shows 28% of women would have experienced one form of violence including psychological, physical, economic, social or sexual, whilst 33% to 37% experience domestic violence with their partners.

The theme set by the UN for this year's 16days activism is, "Orange the World: End Violence against Women Now!".

According to the UN, the orange symbolizes "A brighter future free of violence".

The emergence of COVID-19 has however exacerbated the risk of violence against women and girls due to the restriction protocols.

A report from the UN Women said, based on report from 13 countries since the pandemic, shows that 2 in 3 women reported that they or a woman they know experienced some form of violence and are more likely to face food insecurity.

However, according to the report, only 1 in 10 women report to the police.

According to UNFPA Country Director, these are associated with unemployment, teenage pregnancy, early marriage, child marriage and online violence.

As a result of the Covid-19, it has enhanced gender stereotyping and practices of harmful social norms limiting the ability of girls and women to reach their full potential, whiles it further hinders the achievement of the Sustainable Development Goal (SDG) 5.

"You will agree with me that this is something we need to do something about," he emphasised.