Macron opens museum dedicated to the the 'Dreyfus affair' and antisemitism 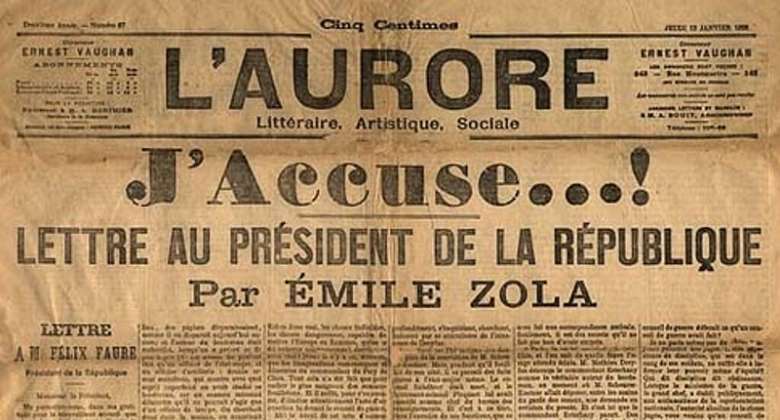 French president Emmanuel Macron on Tuesday inaugurated the first museum dedicated to the 'Dreyfus affair', a dark chapter of France's history when antisemitism lead to the wrongful conviction of army captain Alfred Dreyfus.

President Macron on Tuesday visited Emile Zola's house, in Médan (Yvelines) to the west of Paris, to inaugurate the historical collection dedicated to the Dreyfus affair.

Zola acquired the villa on the banks of the Seine river in 1878, thanks to the proceeds of his novel the L'Assommoir. Known as the Maison Zola, it is where he lead a life of a gentleman farmer between writing books and working on his vast farm.

The Dreyfus collection contains more than 500 documents, including objects, photographs, songs, posters, and other items designed to give a full picture of what happened back in the late 19th century.

In 1894, French captain Alfred Dreyfus was convicted of passing military secrets to the Germans and sentenced to life imprisonment at Devil's island in French Guiana.

Libel
Emile Zola wrote an open letter to Félix Faure, the president of the French Republic at the time, in defense of the Jewish officer, believing him wrongfully imprisoned.

It was published on the front page of the L'Aurore newspaper on 13 January,1898 and sold thousands of copies.

The letter, which began with the words “J'accuse,” blamed the army for covering up its mistaken conviction of Dreyfus. The public response to it became known as the Dreyfus affair.

Zola himself was brought to trial on 7 February 1898, and was sentenced to one year's imprisonment and a fine of 3,000 francs after being found guilty of libel.

Division
As a result of the new attention focused on the affair, Dreyfus underwent a new court-martial. Although still found guilty, he was pardoned by the new president of the republic, Emile Loubet in 1899.

Dreyfus was eventually rehabilitated in 1906, but the memory of the case cast a long shadow over France's history, a scar still apparent today.

France was split into two opposing camps, the anti-Dreyfusards -- right-wing nationalists on the one hand and left-wing anti-militarists known as the Dreyfusards on the other.

Educational tool
The Maison Zola-Musée Dreyfus museum and restoration, which has taken ten years to complete, were co-financed by Pierre Bergé, entrepreneur and partner to designer Yves Saint Laurent, the Foundation for the Memory of the Shoah and the government run Delegation against racism, antisemitism and LGBT discrimination (Dilcrah).

"The museum will principally host school groups focusing on questions of racism, exclusion, explaining how the justice system works, the role of the media and social networks as well as the role of intellectuals in a democracy,"  Louis Gautier, president of the Maison Zola-Musée Dreyfus association told Le Parisien newspaper.

In 2002, for the 100th anniversary of Zola's death, former President Jacques Chirac held a national homage at the Maison Zola, insisting that the writer's ideals still needed to be upheld in modern times. Since Zola's death in 1902, a homage is organised each year in October in the gardens of the villa.

The story of the Dreyfus affair was adapted into a film called An Officer and a Spy ('J'accuse') starring Louis Garrel, directed by Roman Polanski in 2019. It won the César award for Best Director and screenplay.

I'm grateful to be named by Forbes as African of the Year — ...
5 hours ago

Covid-19: We oppose singling out African countries for trave...
5 hours ago