Skin Color and the Evolutionary Journeys of Souls 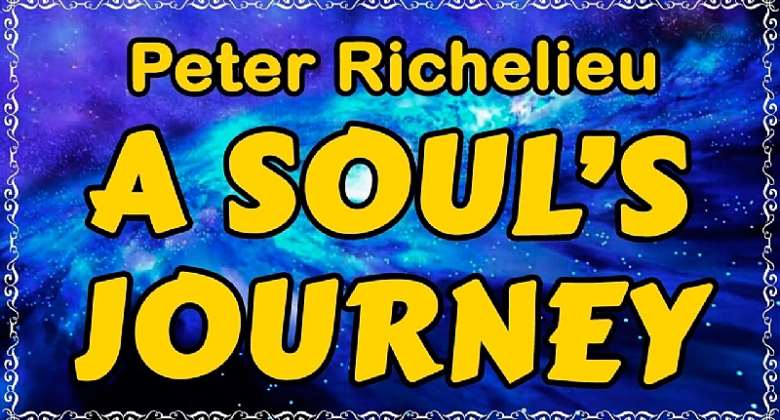 This article, culled from Peter Richelieu's A SOUL'S JOURNEY (1943) explains why humans are born with different skin colors.

Question. -
'Can you explain why some races are born with colored skins and others with white skins?

Is it a good thing for individuals of different races to marry?

Is a white man ever reborn into a colored race once he has inhabited a white body?'

Answer.
'From a spiritual point of view there is no reason to suppose that a white skin is necessarily better than a colored skin.

The color of a man's skin does not denote his standing in evolution; it is usually due to the climate prevailing in the country in which he is born.

The question of which nation a man will be born into is usually decided for him, though the ego is given a certain amount of choice.

Before his return to physical life begins, the ego is shown the particular characteristics which he lacks and, because each nation has special characteristics of its own, expressed by practically all the members of that nation, an ego is usually born as a child of a family forming part of a nation whose predominant virtues and characteristics that ego lacks, in order that these may be built into his future structure.'

'Many thousands of years ago the parts of this planet which were principally inhabited by men were the countries where you now find the indigenous people having colored skins.

Although Australia is today a white man's country, the aborigines of Australia were black men.

In South Africa the original inhabitants were dark skinned people and although there are large numbers of these still living, South Africa today is controlled by the white man.

All of us have in our early incarnations occupied dark skinned bodies.

As civilization advanced, the countries now known as the West, became inhabited and in order that these countries should be developed as quickly as possible, the perfected men who supervise the rise and fall of nations arranged for some of the more advanced egos in the world to be born as children of the pioneers who inhabited Western countries.

Progress today emanates mostly from Western nations and because of that, it is desirable that the most experienced men in the world, the older souls, should be born in Western bodies.

Great Britain has been the strong nation for the past century or more and has therefore received her due quota of advanced egos, but now America is taking over the responsibilities of that difficult position.

It is certainly not chance which decides whether a man is born an Englishman, an American, a German or a Chinese.'

'It must be obvious to you that all men with white skins are not more evolved than all men with colored skins.

By this I do not mean that old souls would ever be born into bodies which we know of as Australian aborigines; it would be impossible for this to be so because they are not a nation, they are a dying race; thus, the only entities which inhabit these bodies are those who were originally members of that race, but who have not advanced as quickly or progressed as far as the other original members of the race who have passed on to other races long since.

Contrast India with this; in that country you find millions of unevolved beings, but you also find a large number of intellectual, advanced beings and many extremely spiritually minded men. India has always been a country whose inhabitants thought a great deal about spiritual development.

Believe me, it has an ancient culture and it will also play a great part in the progress of the world in centuries to come. Obviously, it is necessary for such a country to have egos born into it who can guide the destiny of its countless millions so that in future years it can play the part allotted to it.'

'Whether individuals of different races should marry is a difficult question to decide. It may sometimes happen that individuals who are born into different nations have been linked in past lives, through marriage for example.

When these people meet in this life, as members of different nations the attraction, which drew them together in the past, may still be as strong as before.

In some cases, it might be advantageous for such people to marry again; only by investigating the individual past experiences of both parties could one give an opinion that would be of value.

I feel though that usually it is most undesirable for white men to marry colored women, or the reverse, for the habits and culture of the different races do not mix well, therefore such a marriage does not work out to the advantage of either person. The result may also be that half-caste children are brought into the world and it is apparent to everyone that these suffer from the accident of their birth.

A man who is born in a white body does not necessarily return to earth as a member of a white population in his next incarnation.

This again is a matter of karma and of many circumstances so that no general reply can be given to a question of this sort.

In the case of a white man who, through a feeling of superiority, exploited other members of the human race, merely because they had colored skins, the law of cause and effect would come into action.

He would probably be forced to be born into a colored race in his next incarnation; so that he might learn the lessons of tolerance and understanding, which he obviously lacked in his former existence.'