Bitcoin Fraud, My Experience With A Professional Scammer. 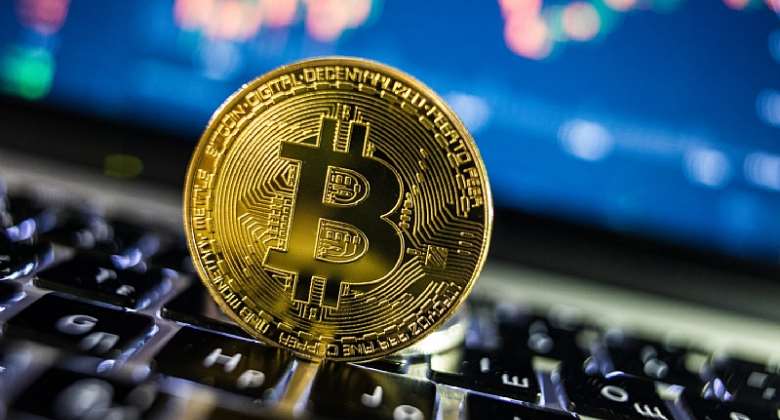 Bitcoin was developed in 2008 and is the most expensive cryptocurrency.

It was in one fine afternoon somewhere last month, i picked my phone, scrolled through one of my whatsapp group chats and found a message from a strange contact inviting potential investors to invest money and receive a certain amount of profits; the profits were mouth watering, 50$ you get 1500$, 100$ for $2500 on to the highest 1000$ giving $100,000 return, all profits to be given in 5 hours.

This number sent the messages repeatedly during the day and that caught my attention. The figures he was promising were too good to be true and so my curious self sought to find out more about the investment scheme, the modus operandi and who was behind the messages.

The modus operandi
I texted him feigning interest and he gave his name as John Murphy, resident in Texas USA; he had the image of a white person as his profile picture, i further asked of how i could invest and whether he had any website for further information, his response was negative and only gave me a telegram link to follow. I followed it to a telegram page which had over 600 subscribers with comments limited to only the admin. He intermittently posted screenshots of people giving testimonies of profits they have received on the telegram channel; this proved to be false later on.

He further told me that investment on his platform is done only through bitcoins,to invest i had to send the dollar equivalent of my investment amount in bitcoins to a provided company wallet, then after 5 hours i will be paid my profits, the red flags about his investment scheme came in fast; firstly his sentences were poorly constructed and showed an inverse relationship with his identity, the profits and the tenure of investment was highly suspicious, no known place of business and contact and no website; if was later after pressing him severally that he gave https://kingscryptomarket.com as his business website, he asked me to register an account and send my investment to the company bitcoin wallet address to begin.

I registered with a blank image and incorrect info but my account was surprisingly approved by the admin proving further the suspiciousness of this investment scheme.

The homepage of the fake investment website
Getting his identity uncovered
The nature of his chats indicated he wasn't an American but possibly an African, i needed to know his country of origin to satisfy my curiosity, thereof i hesitantly informed him i had challenges with my bitcoin account and could only do with bank transfer into his personal bank account, he hesitated initially and threatened to boycott the deal if i was not ready to send the bitcoins, i sounded desperate to invest and pleaded with him to accept my funds because he offered more profits; this proved successful as i was able to convince him that i had $900 and was willing to invest immediately if only he gave me his bank account; after abouts 2 days of back and forths he finally gave his bank account number and location (a bank in Nigeria),I knew subsequently my potential scammer was a Nigerian.

I now had his phone number, his country of origin, bank, branch and account number but this took me close to a week of conversations with him. I knew he wasn't the person displayed on the whatsapp and telegram pages but i had to find out a way to know who was behind the conversations( all these while my identity had been concealed through telegram and whatsapp privacy settings).

The old adage goes, if you want to catch a thief, you have to think like a thief, telegram has become one of the common means of communication for these scammers because chats(both parties) can be deleted, phone numbers can be hidden and video calls can be blocked.

My potential scammer had blocked his video calls and so i had no chance of placing a call unless he called me; i had to take the guise of the opposite sex taking advantage of telegram’s privacy settings. For three (3) days i feigned interest as another investor who had developed romantic feelings for him because of how good looking he was, he proved difficult initially insisting i send my investment through bitcoins for business to begin; i ignored making him know how much i was interested and occasionally sent him pictures(from the web) to affirm my affections for him, my actions gradually positioned my undercover image and words in his mind till the fateful day when he started placing several video calls after asking to see me.

I positioned myself stealthily and answered one of the calls only to see this dark young Nigerian between the age of late nineteen and early 20’s and a kid brother behind the screen, i quickly took my screen shots and ended the call; my quest had been completed, i had the real image, name,phone number, location and bank details of my potential scammer.

I further asked him why he was engaged in duping unsuspecting people, he admitted it was wrong and added he had to do this to feed himself and his little brother who i rightly saw earlier in the video, at this point he knew i had uncovered him. I later asked him to leave our whatsapp group which he obliged and told him to desist from the practice as it could lead him into trouble sometime in the future, he deleted his telegram channel(containing the 600 subscribers) and deleted my chats with him as well; we have not spoken since.

Bank of Ghana’s warning
These fake investment schemes is prevalent nowadays, and it's sad that most people in Ghana have fallen victims to these scams; BOG has over the years published several warnings on these schemes the recent one being the “world remit” scheme which also seeks to exploit unsuspecting people with mouth watering investment profits.

Bitcoin and other cryptocurrencies are digital currencies without a regulator and its highly decentralized, wallet address comes with no names or identity; the reason for which most fraudsters prefer using it to transfer funds.

Much care has to be taken when dealing in cryptocurrencies and as much as possible people must avoid investing in schemes that have not been licensed by the regulator.

The e-cedi, which will be rolled out by the central bank shall provide a safe regulated digital fiat currency backed by the state, it shall be a better alternative to bitcoins which are highly volatile and prone to losses.