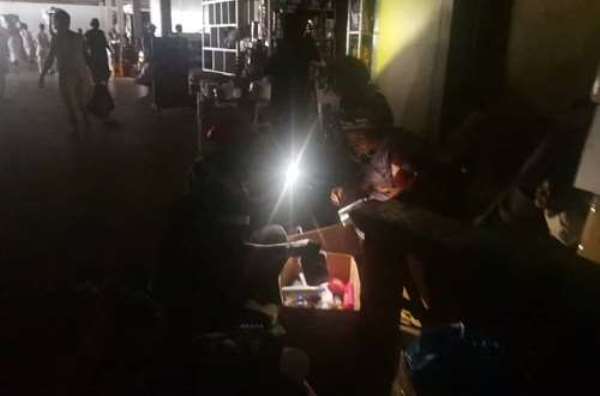 The new Chief Executive of Kumasi Metropolitan Assembly, Samuel Pyne has ordered the restoration of power supply to the new Kejetia Market, ModernGhana News has learnt.

The power which was restored around 5pm on Wednesday came as a great relief to the traders whose desperation and anger were piling up against the management of the facility.

ModernGhana sources say the new Mayor arranged a quick, short but impactful meeting between some representatives of the traders and the Managing Director of the Kumasi City Markets Limited (KCML), Mr. Edmund Kofi Duffuor after the Electricity Company of Ghana disconnected power to the facility over huge debts.

“After some deliberations, he made some calls to the Electricity Company of Ghana and the lights were switched on. In fact, he has done well. He has won our admiration,” our source noted.

About five months ago, the leadership of the traders’ union at the market asked their members not to pay electricity bills till management resolved their meter issues.

They have been asking the management to help them procure electricity meters for every shop at the market to avoid the habit of piling up bills on traders by the management of the facility.

After several attempts by management of the market to get the traders pay the electricity bills failed, ECG disconnected power to the beautiful facility.

In a telephone conversation with Mr. Pyne, he noted that the Kejetia Traders and Management debacle is truly of great concern to him.

“We have a Board meeting next week, and as the new Board chairman I will make sure the metering issue will be thoroughly discussed and the bill will be paid as well,” he assured.