Post-coup Guinea faces 'a long path back to democracy' 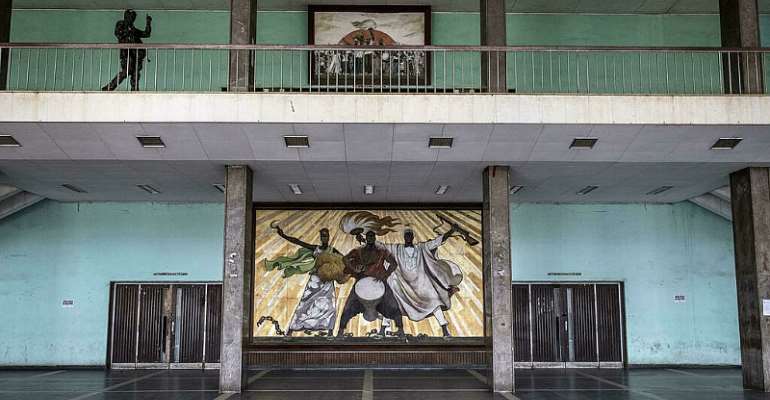 The military junta that managed a bloodless coup just over a week ago in Guinea has started its four-day consultation with civil society members, diplomats, politicians and religious and business leaders.

Under the leadership of Lieutenant Colonel Mamady Doumbouya, a former French legionnaire who was trained by the US armed forces, the junta called the conference in order to get input from Guineans themselves in the transition back to civilian rule.

Creating this bridge back to democracy is better than nothing, but the number of challenges that confront Guinea today is colossal, according to Brian Kagoro, a Johannesburg-based lawyer and independent governance expert.

“Comprehensive state reforms take years,” Kagoro tells RFI, noting that while deposed president Alpha Condé is accused of repression, corruption and human rights abuses, there were a number of issues that pre-dated his presidency 11 years ago.

“This is a state that became highly criminalised and very corrupt and incompetent, presiding over a very poor people in a country that's rich in extractive resources,” he says.

Guinea is the site of the Simandou Mountains, iron ore deposits estimated at $140 billion, and has one of the largest bauxite deposits in the world, the source of aluminium.

“For the average Guinean, having diamonds, gold, uranium, and of course oil, hasn't translated into a quality of life that they can compare to the rest of their West African neighbours,” says Kagoro.

The talks taking place are set to give a timetable of elections and perhaps reforms as Guinea returns to constitutional order.

Condé was accused of not only quashing dissent and violating human rights, but of changing presidential term limits through a constitutional referendum last year.

If the precedent in Mali after two military coups d'état are anything to go by, says Kagoro, civilian rule could remain elusive.

“While militaries have dealt with excesses of abuse and power, they have never really been able to deal with that transformation of power in making it more democratic, in making economies more democratic," he says.

"They're not trained and wired that way.”

The coup situation in Guinea is unique, because while Mali and earlier, Burkina Faso, have to deal with an ongoing security situation, Guinea has its wealth of economic resources that makes aiding the West African country more palatable.

“Don't forget that the Guinean army are heavily interested and invested in the economy—if not through bribes, through all sorts of benefits from some of the natural resource extractions,” says Kagoro.

He maintains that in order for Guinea to emerge from this coup in better form will depend on how the regional groups, the Economic Community of West African States (Ecowas) and the African Union (AU) as well as the international community as a whole will ask as guarantors for democracy.

Both Ecowas and the AU have suspended Guinea's membership, calling for a swift democratic transition.

“Guineans are the primary actors, but Guinea's too important to be left to Guineans alone, because of the huge corporate interest in Guinea, which is much more powerful than the country,” Kagoro says.

Corporate interest “can almost outdo what civil society is able to do in two-hour blocks, or even if you gave them two-month blocks,” he adds, referring to the time given by the junta to various groups during the conference this week.

Good governance checklist
As with a number of other countries rich in natural resources, those in charge will need to fight corruption by reversing the resource curse and illicit capital outflows.

Addressing poverty and structural inequalities, including ones that touch on ethnic and gender are key, says Kagoro, citing the Open Government Partnership as a framework for guiding Guinea into a more democratic future.

Condé has been accused of stifling the opposition, as well as human rights and access to justice – important pillars that must be restored if Guinea is to return to good governance.

“The unrest generated by the recent overthrow of the government should not create a void in the protection of fundamental rights and freedoms,” says Ilaria Allegrozzi, senior Africa researcher at Human Rights Watch.

“The new authorities should ensure that the human rights of all Guineans are respected, including their right to vote freely in elections,” she added.