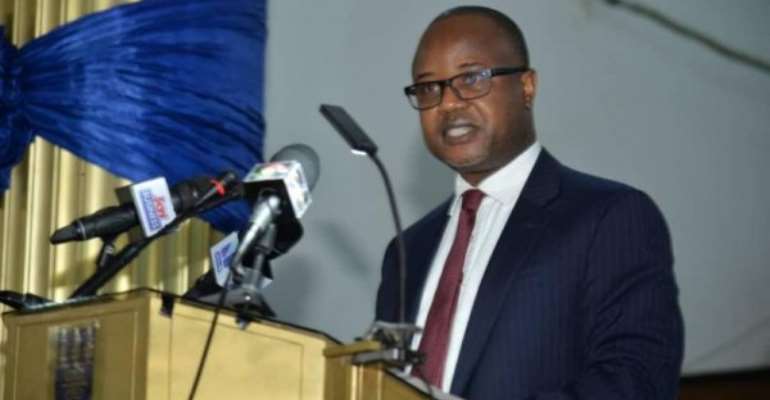 Dr Maxwell Opoku-Afari, the First Deputy Governor Bank of Ghana (BoG), says economic diversification and transformation will require significant investments in infrastructure such as energy, transportation, telecommunications oil and gas as well as mining and tourism.

These investments, he stated, would be critical to boost the much-needed inclusive growth, drive development, and help alleviate poverty in the country.

"Infrastructure supporting social services such as health, education and sports and cultural centres, among others also remain critical and are vital for growth and development, including improving on the quality of life," he added.

Dr Opoku-Afari said this at a public lecture in Accra on the topic: "Re-Thinking Development Financing: Macroeconomic Management When the Love is Gone".

The lecture is organised by the University of Ghana Business School under the auspices of the Office of the Vice Chancellor.

The Ghana Beyond Aid Charter and Strategy Document estimates that Ghana's infrastructure needs are about US$7 billion annually over the next 10 years.

"This is the kind of investment needed to push us into that upper middle-income class, but there are constraints. I must say that these are staggering numbers which will require a new paradigm shift in the way we finance development", he said.

He said the country needed to defined creative ways of delivering fiscal space for financing development to close the staggering infrastructure deficit.

This, he explained, was possible through enhancing efficiency of public spending, expenditure rationalization, and value for money projects that would deliver projects more effectively.

"No matter the efforts the country makes towards enhancing domestic revenue mobilization, we will continue to experience chronic fiscal deficits and a growing debt burden, if we do not take steps to rationalize our expenditure levels", he said.

He said the high levels of government spending required to close the huge infrastructure deficit and debt were limiting fiscal room for manoeuvre.

"This calls for the kind of fiscal consolidation that involves both revenue-raising measures and expenditure-rationalization policies, with the aim of reducing the overall fiscal deficit to sustainable levels and achieving structural fiscal balance over the medium term", he said.

The first Deputy Governor said this was achievable when government was efficient and served as a catalyst for private-sector-led growth and development.

He said it was needful to identify areas where spending was either wasteful, inefficient or did not deliver value for money, with the view to curtailing or eliminating them completely.

He said negotiation of government projects and contracts must be effectively handled and scrutinized to ensure that losses were minimized, and facilitate value for money considerations.

He said another reason for efficiency in public spending was the fact that the level of tax compliance depended on citizen's perception of the utilization of such taxes.

Dr Opoku-Afari stated that the citizens' acceptance and compliance were tied to the effective use of these resources, adding that when citizens perceive that the tax system did not inure to their benefits, they were likely to want to evade or not comply with such tax obligations.

He said where revenues were used to finance productive spending programme, they were more likely to accept their tax obligations, stating that government had started reforms in that area and needed the support of all to institutionalize these reforms.

"Professionalism and morale can be compromised unless government shows real commitment to efficient utilization of state resources".

Ghana's tax revenue to Gross Domestic Product (GDP) ratio was lower than Africa's average, which was also lower compared to other regions of the world.

The tax to GDP ratio for Ghana has averaged 12 percent over the past two decades, and is lower than Africa's average of about 17 percent in 2017.

This also falls short of the 25 percent of GDP needed to give fiscal comfort and to finance development projects under the SDGs.

Hottest Photo Reports
Catch up with all the political quotes from our politicians.
Advertise here
More Economy & Investments
ModernGhana Links
COCOBOD signs US$1.5 billion loan facility for the 2021/2022 cocoa crop season
Moody's, S.P score Ghana B3 and B- respectively for showing strong growth prospects
Inflation rate for August 2021 increase to 9.7%
Understanding Financial Markets - What are its Types & Functions?
Producer Price Inflation for July 2021 falls to 8.4%
BoG’s foreign exchange reserves increased by over US$208million in 2020 — Audit Report
Ghana’s foreign exchange inflows reduced in 2020 by over 3%
Year-on-Year July 2021 inflation inches up at 9.0%
Establishing MRO facility in Ghana is an economic booster – Aerojet CEO
TOP STORIES