Sammi Awuku, Nana B rally supporters in UK to break the 8 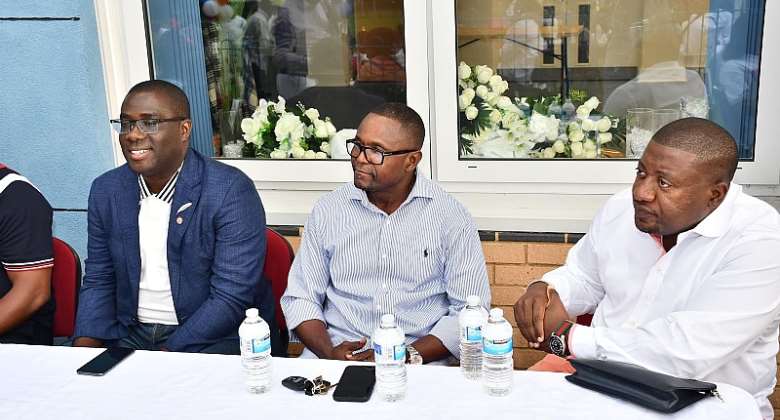 The National Organiser, Sammi Awuku and the National Youth Organiser Nana B of the New Patriotic Party have rallied the support of supporters in the UK to break the eight-year electoral cycle in 2024

The National Youth Organiser, Nana B also took the opportunity to outline the progress of the government at the annual UK Organiser’s Day of ‘Mobilising the Diaspora to Break the 8’ thanked the Youth Wing of the NPP UK Branch for their support and involvement in the just ended 2020 general election.

Sammi Awuku, the NPP National Organiser, expressed his appreciation to the Premier Branch for their contribution and continued support to the mother party NPP.

He said the outcome of the 2020 elections underscores the importance of utilizing a participatory approach that involved diaspora branches in the development of the party and in particular the UK Branch.

Sammi Awuku thanked the branch Chairman Kwaku Nkansah, the branch executives and the branch as a whole. He also used the occasion to express his deepest appreciation to the Organiser of NPP UK, Kwame Boateng, who is also the Dean of All Diaspora Organiser, a position bestowed on him by Sammi Awuku to lead and coordinate all activities of the international branches.

The event which was attended by members of the 22 Chapters of the NPP UK Branch, was hosted by the Milton Keynes Chapter. NPP UK members as well as well-meaning Ghanaians were in Milton Keynes to interact with the party officials.

The program, which spontaneously turned into a mini-rally - was a clear testimony and an endorsement of the Akufo-Addo led government programs- was very well attended.

The secretary to the Council of Elders of the Branch Party, Mr. Eric Agyemang was scheduled to speak at the event as he gave a chronology of events and personalities that led to the formation of the first diaspora Branch party in the political history of Ghana.