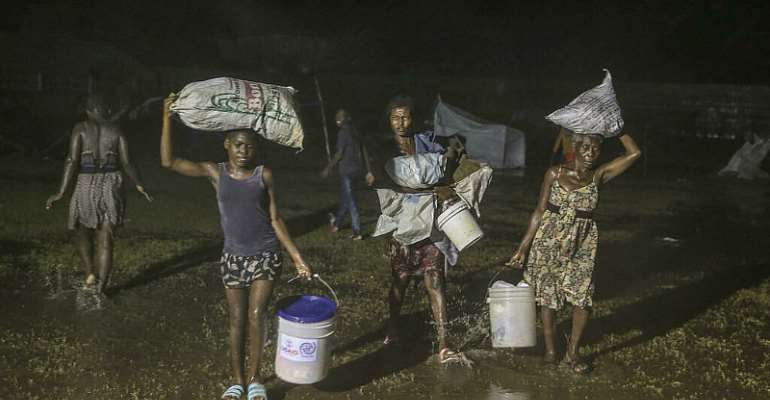 Heavy rain and strong winds whipped the country's southwestern area, which was hit hardest by Saturday's quake. Officials warned that total rainfall amounts could reach 15 inches in some areas before the storm moved on. Port-au-Prince, the capital, also saw heavy rains.

The rain and wind raised the threat of mudslides and flash flooding as it slowly passed by southwestern Haiti's Tiburon Peninsula overnight, before heading towards.Jamaica and southeastern Cuba on Tuesday.

The quake nearly wrecked some towns in the southwest in the latest disaster to befall the Western Hemisphere's poorest nation.

Haiti's civil protection agency on Monday gave a preliminary toll of 1,419 dead and 6,900 injured after the quake which had its epicentre about 160 kilometers to the west of Port-au-Prince.

“We are in an exceptional situation,” Prime Minister Ariel Henry told reporters on Monday afternoon as the storm approached.

Some aid has come in from abroad, including specialised search crews from the United States as well as 15 tons of food, medicine and water from Mexico.