Agyemang Manu Must Either Go Or Be Pushed! 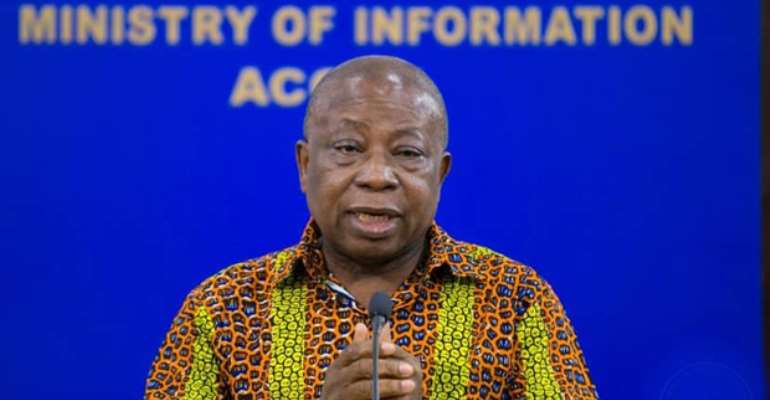 One popular Ghanaian proverb is, “The one that cuts the path does not know it is crooked.” The proverb highlights the imperfections of man and admonishes him to heed good counsel. I hope Mr. President will heed good counsel from the discussion below and do the needful.

One could easily tell from the heading that the topic under discussion today is what I now refer to as ‘the Sputnik V Debacle’. From whichever perspective one looks at it, the Health Minister, Hon. Agyemang Manu, has failed the President and also abused the trust reposed in him. The Managing Editor of the New Crusading Guide, Wofa Kweku Bee, calls it “unmitigated disaster”. Wofa Kwaku’s description is very apt because only a fanatic, which I’m not, will defend such a mess.

When the Minority started raising concerns about the Sputnik V purchase agreement between the country and Sheikh Al Maktoum, a businessman based in Dubai, many of us laughed it off as one of their usual shenanigans. We thought they were only crying wolf to make the government look bad in the eyes of the public. Indeed, I heaved a huge sigh of relief when the Minister told the Parliamentary Committee that not a cent had been paid to the said businessman.

Of course, many people, yours truly inclusive, were concerned that the Health Minister did not follow laid down rules in executing the agreement – no Cabinet, Parliamentary and Public Procurement approvals. But since the country did not lose any cowry in the deal, as claimed by the Minister, we were ready to cut him some slack.

You can, therefore, imagine our shock when it turned out that the country had made a part payment of a whopping $2.8 million to the cunning businessman. I see Sheikh Al Maktoum in my mind’s eye paying a paltry $100,000 to some journalists to protect his interest in Ghanaian mainstream and social media.

I fully agree with Wofa Kwaku Bee that this is a disaster that cannot be mitigated. Indeed, this is beyond a disaster. I have no doubt that it is criminal. Unfortunately, he is most likely to be shielded by our party folks.

Come to think of it; was it not this same Hon. Agyemang Manu who chaired the Public Accounts Committee of Parliament when the Great Elephant was wondering in the Sahara Desert? Was he not the one who admonished those who came before him to always do things by the book? So what has changed now?

No, this isn’t someone I would call ‘incompetent’. Or could there be much more than meet the eye?

Though I’m saddened by the fact that those under the eagle-headed Umbrella will use this debacle to further their political fortunes, I’m compelled by my love for this country to support the call for the Health Minister to honourably resign or be given a wild kick on the butt. But is Mr. President’s leg strong enough to do the kicking?

As I write, the Two-Tier Tamale Interchange is 80% complete. Other interchanges being constructed include PTC Roundabout Interchange in Takoradi; Nungua Interchange, which is part of the La Beach Road; the Adjiringanor Overpass and Phase II of the Team Motorway Interchange. The commissioning of the ‘gang of 88’ hospitals will also be done soon for work to begin in earnest.

Unfortunately, such good works of the Nana Dee government will not be appreciated by the masses if they continue to see blatant acts of corruption and pure negligence go unpunished. Clearly, the intention to acquire the vaccines was a good one; but the execution was poorly managed. Why then are our folks defending this mess?

While I hope the country will try to recoup the cowries already paid to the sly businessman, it is my prayer also that Mr. President will realize the negative effect of this man's indiscretion on his integrity and government.

Why the waiting, Mr. President? Didn’t we say we have the men? And of course, we do! With the likes of Dr. Nsiah Asare and Dr. Oko Boye around, it is a mystery why President Nana Dee is hell-bent on maintaining Mr. Unmitigated Disaster. It is indeed a very sad spectacle!

No machinations will break ordained Alan as NPP choice for 2...
36 minutes ago