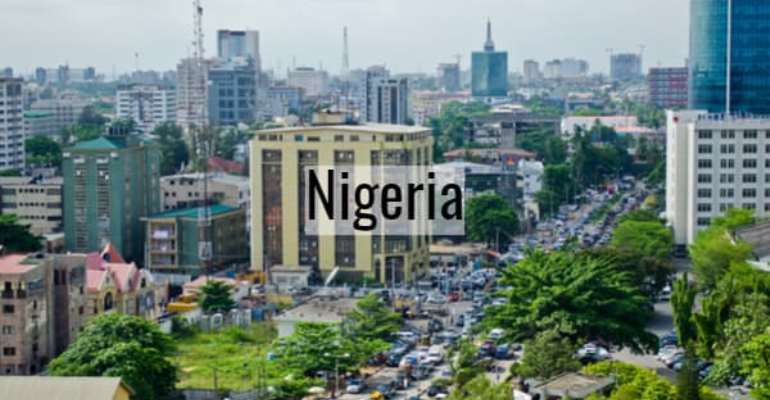 Amid acute security and economic challenges in Nigeria, Christian stakeholders have expressed hope for a greater Nigeria, urging Christians go beyond prayers to get the country of their dreams as well as explore their rights to self-defence in tackling insecurity in the country.

The former Chief of Defence Research and Development of the Nigerian Army and the Ex-commander of Special Task Force (STF) operation Safe Haven, in Plateau State, Major Gen. Henry Ayoola (rtd) in his keynote address at the inauguration of the Africa institute recommended “all citizens approach” to end insecurity and other challenges bedevilling the country.

The Continental Chairman Africa Kingdom Business Forum (AKBF), Engr. Steve Olumuyina as well as the Chairman of the occasion, Barr. Emeka Nwankpa on their part noted that prayers were not enough in dealing with the mirades of the country's challenges.

This is even as the public lecturer at the inauguration, Dr. Sam Amadi, who is a visiting Professor at the Emerald Energy Institute at the University of Port Harcourt, and former Head of Department of International Law and Jurisprudence at Baze University, Abuja harped on the need to redefine the process through which leaders emerge in the country.

According to Major-General Henry Ayoola, Nigerians should learn to defend themselves, adding that the country is in final push to to actualize a new Nigeria.

Speaking with newsmen on security issues in the country on Saturday, Maj. Gen. Ayoola said “Yes, the security challenges! Well, one thing to say upfront is that our problems, not only security, simply put, are self inflicted problems.

“It just appear as this is the eldorado some people know for Nigeria. These are golden era, so we should allow it last.

“That's what I see. I don't see any palpable attempt to solve a problem. Like I said, one can easily conclude that it is self inflicted problem.

“Not only because I know the genesis of those problems having been a player in it myself but I think Nigerians themselves are too timid, too docile that we will just allow anything go.

“We take everything and anything. At what point are we going to get sufficiently aroused as to rise up and solve our problems ourselves?

“I don't know. What else do we want? Until half of us are dead or what?

“For me, self-defence, like I said, is a divine right, it's a universal right - Article 51 of the UN charter talks about the inherent right of the individual and the collective self-defence. So, if somebody is threatening my life, I don't have to wait until he has killed me before I respond.

“There is preemptive defence, which is part of self-defence. So, the ball is in our court really. Even the government is overwhelmed. So, it's gone beyond them. It should be an all-citizens approach when everybody is ready to put an end to this nonsense we're going through”, Maj. Gen. Henry Ayoola said.

The former Chairman of the Nigerian Electricity Regulatory Commission (NERC), Dr. Sam Amadi noted that “Leadership presupposes a common vision. That means people have a vision of where they are going; they have a common understanding of the problems of Nigeria.

“Unfortunately, we have never had a common vision and a common understanding of our problem.

“Even before colonialism, our people were disparate people, different people and the colonial authorities put us together and never cared about our well-being. They put us together for their own good.

“When they left, our leaders were trapped into ethnic competition and that also led to why they didn't build a common consensus.

“Today in America they talk of the American dream because different immigrants came together and had some degree of what America represents for them. That is the first problem of leadership in Nigeria.

“The second is: how do you recruit leaders? How do your leaders come up?

“They don't need to be first class people, but they are leaders, people who have gone through a process. If you look at countries all over the world: China, America, or Britain or any other places in the world, you see that leaders rise through a process that give those leaders some common vision about their country and some have some experience about solving problems.

“In Nigerian democracy today, leadership can emerge from anywhere. A mechanic who is doing his work can this year become Senator because the Governor likes him. So, tide changes and people just emerge from nowhere. That's another problem.

“The third issue is leadership task, what should leaders be doing? So, leaders diagnose the problem, they pay attention. Why is there unemployment? In paying attention, they find solutions.

“The fourth become implementation of that solution. If it's a leadership that is looking for ethnicism, you won't implement well because some of the solutions may require you disrupting some dominance if you take some actions.

“For example, when we were building the power sector, we knew that the best thing was for us to take the power to Niger Delta where we have all the gas. But because we are a country that is consumed by a geographical competition, they can't take it to the South-South.

“We have to take some to the North Central and so on. But those ones don't have glass again. We have to spend much money to carry gas to those places.

“That's a simple story that tells you that there is a dysfunction in leadership because leaders are not solving problems based on the based ways of solving them. They are solving problems in a way that will align with their own strategic ethnic geopolitical needs.

“So, the Nigerian crisis is a crisis of leadership. But we should start first with a vision - what we want to be as a people, understanding our problems - where are we in history? Where are we now? Why are we trapped?

“So, if you don't want to solve those underlying structural problems and you keep preaching “we're going to be a great nation” we have been preaching before you became President, the present President is doing his best preaching. Later, another person will come and start preaching.

“They blame the Nigerian people, they youths are not working hard, the Nigerian people are divided. That's what they are answering because we don't have leaders who have some knowledge about the problem and the process of solving those problems and have the will to execute.

“Like I said today, you need humility to say that you don't know and seek for answers to “why is this happening? Why is the economy like this?”

“Look at Nigeria, a country that is spending 89% of its revenue serving debts, not paying for them and you keep borrowing. You dedicate 40% of revenue to seek for oil where you know that you may not find oil at a time you know that oil is a wasting asset. The future is to invest in human beings to create wealth.

“So, how can such self-deception lead to leadership growth? How can it lead to country prosperity?

“We're trapped because we leaders who not even leaders because they neither have the priestly profile of humility and compassion nor the kingly profile of effective execution. They don't know the problem, they don't care about the people, and they cannot even execute the solutions well”, Dr Amadi said.

On moving forward with what Africa Kingdom Business Institute is doing, Dr. Sam Amadi expressed optimism that their strategic principles will change the direction of leadership in the country.

According to him, the birth of the institute “is a right intervention and that is what I have been saying that for years.

“They are now going about, bringing people together to show them why things are not working and should them patterns that can work and building in them understanding, knowledge and ethics of leadership.

“So, we're not talking about governors. We're talking about leaders in ministries, parastatals, agencies, private sector, youth platforms, and so on.

“Leadership is diverse. What they are doing now is the right way; it's to solve a problem by identifying the problem and providing tailor-made solutions that deal with that problem.

“And that is what this platform is doing and its long overdue and the people behind it are people who have built experience over the years trying to solve problems. So, we have hope that it will succeed”, Dr. Amadi stated.