NDC Demonstrators Must Examine Their Own Bloody History 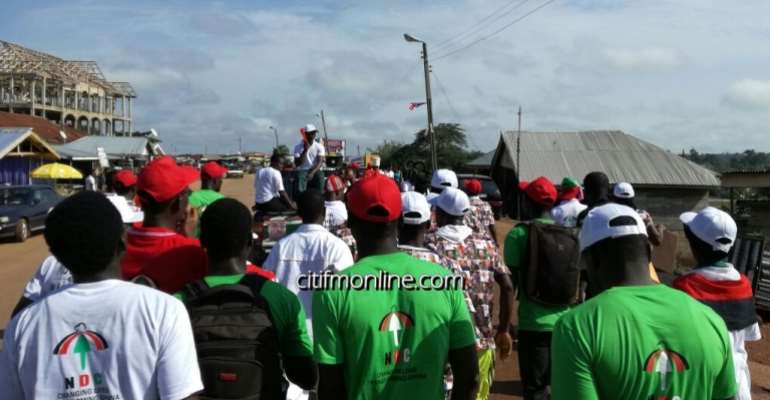 It staggers my imagination how the Youth Wing members of Ghana’s main opposition National Democratic Congress (NDC) could muster the chutzpah to call for the removal of “party thugs and bandits from the country’s security agencies” (See “ ‘Remove Party Thugs from Security Agencies’ – NDC to Government” Modernghana.com 7/7/21). Maybe if they had paid heed to what the then-Candidate John “Akonfem-Kanazoe” Dramani Mahama had to say about the bloody and vengeful history of their own party, to wit, the Jerry John Rawlings-founded National Democratic Congress, in the Volta Region, sometime during the runup to the 2020 General Election, these NDC Youth Wing protest demonstrators would not be referring to their morally superior counterparts among the ranks of the New Patriotic Party (NPP) as a collection of “thugs and bandits.”

I mean, what do these grossly misguided young Ghanaian citizens suppose was the profile of the pioneering leadership of their party, that is, the members of the Rawlings-led erstwhile Provisional National Defense Council (PNDC) who savagely abducted the three Akan-descended Accra High Court Judges in the middle of the night of Wednesday, June 30, 1982 and slaughtered them, Mafia-style, as the Justice Azu-Crabbe-chaired Special Investigations Board (SIB) Commission heart-wrenchingly characterized the same? Which was that Justices Frederick Poku-Sarkodie, Cecilia Koranteng-Addow and Kwadwo Agyei Agyapong were literally slaughtered like a fattened pack of cattle. This is what thuggery and banditry are veritably about.

As well, have these NDC protest demonstrators so soon forgotten that the National Chairman of their own party, Mr. Samuel Ofosu-Ampofo, is presently standing trial for having been involved in the globally infamous kidnapping of the three young Canadian women NGO volunteers in Kumasi, the Asante Regional Capital, a couple of years ago? That is what thuggish banditry is squarely about. I have absolutely no doubt that the level of security in the country could be much better or significantly improved than the present level. But it also goes without saying that this cannot be done with the sort of rapidity anticipated by these cynical NDC young men and women, while the criminally minded leaders of the National Democratic Congress, including Party Chairman Ofosu-Ampofo, are hell-bent on destabilizing the country as their only surefire bet to being returned to the Flagstaff House, the NDC’s equivalent of Jubilee House.

You see, as the constitutionally mandated leaders of the Sovereign Democratic Republic of Ghana, the Akufo-Addo Administration has a bounden obligation to meet the nation-wrecking activities of the Mahama-led National Democratic Congress with a well-calibrated proportionate and countervailing force. So far, the Akufo-Addo Government has acquitted itself creditably. In the Ejura Disturbances, it well appears that it was the brother of the slain Mr. Ibrahim Mohammed who so scandalously, callously and incredibly executed the deceased. At least that is what the Ejura police and a neighboring eyewitness are telling the general Ghanaian public. Now, we need to get to the bottom of the detailed set of circumstances that might have precipitated the death or murder of Mr. Mohammed, who was also a widely known social media activist and, some say, a rabidly anti-government critic.

There very well may be a far more complex remote set of circumstances behind this early-morning fatal attack than we have so far learned or being apprised of. The preceding notwithstanding, it is rather vague for the NDC’s Youth Wing protesters to rudely and churlishly order the government to “remove all the bandits and party thugs” who have been integrated into the country’s security agencies. The onus of such demand squarely rests with the plaintiffs, who may very well be required to provide the relevant authorities with a list of national security agency operatives who they are evidentially convinced are “party thugs and bandits” illegally incorporated and/or integrated into these agencies. Such demand, as noted above, must be squarely based on forensically sustainable evidence of the purported and/or alleged crimes committed by the targeted undesirable elements within our national security apparatus or establishment.

Now, the problem that these protesters have here is that their own party, the National Democratic Congress, does not have any enviable history of establishing full-scale bipartisan parliamentary inquiries into such major national security incidents as the brutal bedroom-stabbing death of Mr. JB Danquah-Adu who, at the time of his death, was the New Patriotic Party’s Member of Parliament for Akyem-Abuakwa-North. To be certain, in the wake of the savage slaying of Mr. Danquah-Adu, grandson of the putative Doyen of Gold Coast and Modern Ghanaian Politics, the first line of action or response from the Mahama-appointed extant Inspector-General of the Ghana Police Service (IGP), Mr. John Kudalor, was to promptly and summarily remove the Chief Investigator, Dr. George Akuffo-Dampare, from the case, once the proverbial chips began to fall on the doorsteps of the Mahama-occupied Jubilee House. In other words, the members of the NDC’s Youth Wing can simply not harvest where they obviously have not sown.