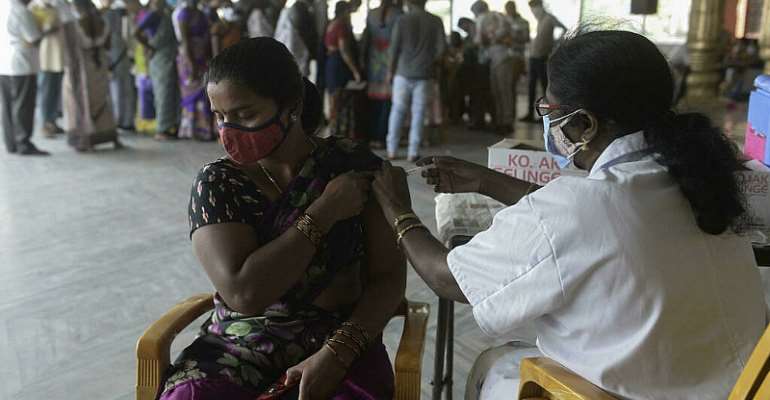 While a majority of Indians have antibodies against the novel coronavirus, vaccinations and Covid-19 precautions are the only ways out of the pandemic, experts say.

Two-thirds of Indians above the age of 6 have had Covid-19 antibodies, according to findings of the fourth nationwide serological survey conducted by country's top medical body, the Indian Council of Medical Research (ICMR).

The survey was conducted across the country in June and July. Its findings are significant because this is for the first time children aged 6-17 years were included.

If extrapolated, this would mean roughly 900 million people have been infected by the virus. The survey suggests that about 400 million people out of the country's 1.3 billion plus are still vulnerable.

Experts, however, warn that this should not give room to complacency as serological surveys are not an accurate barometer due to the fact that variants of the virus are constantly mutating.

This time it found that seropositivity among minors was very high at 57.2 % in the 6-9 years age group. Among those in the 10-17 year age groups, it was 61.6 %, while that among healthcare workers stood at 85.2 %. Further, seropositivity among unvaccinated people was found to be about 62 %.

“As far as children are concerned, the children were infected, but it was very mild. Only isolated cases of infection may occur in children in the next Covid-19 wave,” said V K Paul, head of the Covid Task Force.

The southern state of Kerala has had the lowest exposure to Sars-Cov-2, according to true infection estimates based on serological studies, new data by the government showed on Wednesday, with only 44% of the population projected to have been infected till early July compared to nearly 67% across the country as a whole.

“What this means is that the second wave will continue in Kerala for a while and high number of new cases will be reported,” said Dr Sanjay Rai, head of the department of community medicine at the All India Institute of Medical Sciences.

Uneven spread of infection
However, epidemiologists and scientists caution that such serological studies are not always dependable and credible as these were sample surveys where the methodology was not identical and the testing kits were not always the same.

The uneven spread of infection complicates the task of sampling a population. Experts say the timing, the choice of antibody test, and sampling methodology can have huge effects on the results.

Scientists also argue that there is need for more information at the district level as well as information about re-infections and vaccine escape, if strategies are to gauge the impact of Covid-19 in the future.

For instance the capital Delhi alone has had five sero surveys. But there has not been transparency in the results and different antibody tests and approaches to sampling were used across the surveys.

According to the health ministry data, the total tally of Covid-19 cases stands at over 3.14 million with the death toll at over 420,000. The country has been reporting below 50,000 new infections for the past month with the situation improving since May, after the second wave ravaged the nation.

However, scientists warn that an overestimation of antibody prevalence in a country's population does not automatically mean herd immunity had been achieved.

Herd immunity is a term applied to the observation that not everyone in the population needs to be vaccinated against a disease for the protection to extend to everyone, only a sufficiently large fraction, known as a threshold.

Recent studies have shown that despite the high seroprevalence in the UK and Israel for example, cases were still increasing.

Seroprevalence data from around the country has deepened the understanding of India's Covid-19 epidemic but given that a huge swathe of the country's population is not vaccinated, it could still create a perfect set of conditions for new variants to emerge.