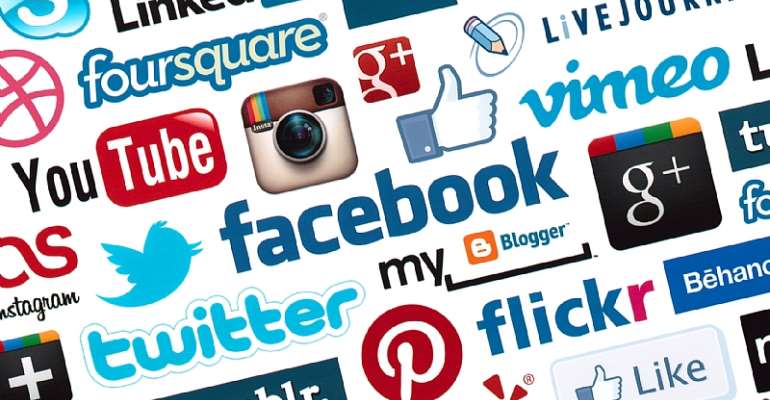 According to Internet world statistics on Africa 2021 population and internet users report, fourteen million seven hundred sixty-seven thousand eight hundred eighteen (14,767,818) use or have access to the internet in Ghana. Putting the estimated population of Ghana at the end of 2021 at thirty-one million seven hundred thirty-two thousand one hundred twenty-nine (31,732,129), internet growth between the year 2000 and 2021 is pegged at forty-nine thousand one hundred twenty-six percent (49,126 %). Out of this seven million nine hundred and forty-four thousand (7,944,000) Ghanaians are subscribed to Facebook alone.

Social media and internet usage in Ghana has increased drastically from 2000 to date. While the improvement and the use of the internet is good news because of the obvious positive economic and social benefits, the addiction to social media among the youth in Ghana is a worrying trend that needs to be watched carefully. At their places of work, it is common to see a young lady or a gentleman glued to their smartphones at the expense of attending to customers, clients, or guests. The most dangerous aspect of this is that the phenomenon is gradually creeping into our health facilities.

Some nurses and even doctors on duty at health facilities in Ghana will have to finish what they are doing, mostly typing and surfing the internet on their mobile phones before raising their heads to see and hear what a patient has to say, even in cases of emergency. The addiction to social media, specifically Facebook is affecting productivity at many workplaces in Ghana. From affecting customer or client relationship to losing revenue, the negative effects of social media in Ghana is alive and well. The case of the youth in the health facilities across the country particularly is deadly as time is of the essence when it comes to sickness and emergencies at the hospital.

Among students in tertiary institutions, social media is affecting effective studies leading to poor performance of many. From using social media language in their formal communication to being on Facebook during lectures, the toll of social media on effective academic work in our schools of higher learning is obvious. The poor command over the English language among students particularly can be partly attributed to the negative effects of social media.

On children below the age of eighteen who are exposed to social media, they are often exposed to mature content which influences their actions and behavior. This may affect and encourage immoral behavior among such children.

Social media is no doubt a great technological tool in the twenty-first century. From helping promote businesses and entrepreneurship to helping disseminate important public information to a large audience within the shortest possible time, the positive effects of social media arguably outweigh the negative ones. However, the National Commission for Civic Education, government, and other stakeholders need to educate the youth and the public in general on some of the negative effects of social media. They must devise strategies to help prevent addiction and abuse of social media among the youth in |Ghana.

Heads of public institutions and administrators must take a critical look at the use of mobile phones for unofficial purposes during work hours to help address the issue of social media addiction affecting productivity in Ghana. In general, the government of Ghana must take steps to regulate content on social media. Content on social media, for example, could be regulated based on a subscriber designation so that students for instance can access educational content that helps promote learning in their fields of study.

It is worth mentioning that the psychological effects of getting addicted to social media according to reports are devastating to the individual. Incidents of misdemeanor, issues of identity confusion, unhappiness, and general dissatisfaction with life in users are a few of the many psychological issues associated with social media addiction.