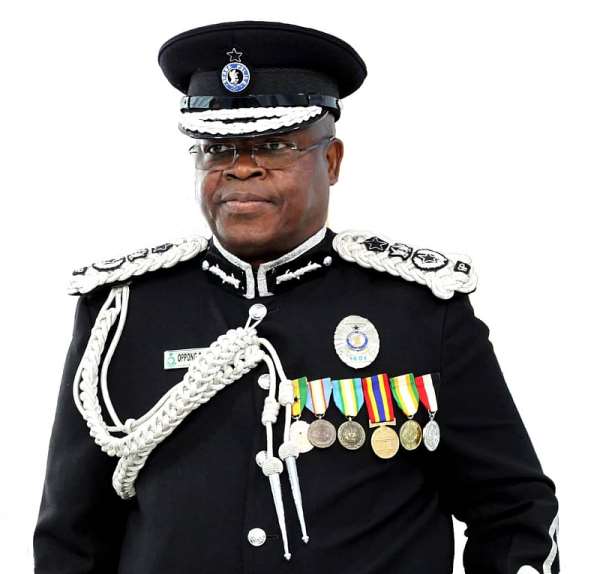 An irate Chief Inspector of Police, Emmanuel Ohene Djan has raised concern over the recent promotions made in the Ghana Police Service (GPS) by outgoing Inspector General of Police (IGP) James Oppong-Boanuh.

Last Friday, the IGP announced that in consultation and approval of the police council, some one thousand, eight hundred and forty-two personnel with first degrees on and before 2008 have been promoted to new ranks

Through that, any police personnel who passed out before 2008 and possess a first degree with or without study leave or permission has been promoted.

While those benefiting are celebrating and thanking their stars, there appears to be disappointment among Chief Inspectors who have been in the force for more than 12 years but did not benefit.

According to Chief Inspector Emmanuel Ohene Djan who is one of the aggrieved inspectors, the recent changes must not be encouraged.

“I actually don’t understand these promotions, look I am still Chief Inspector, someone who was my junior with the rank of Inspector is now with the same rank with me with enhanced and better conditions of service which recognized institution will encourage this?,” the Inspector told Empire FM in an interview on Monday.

Another who spoke on the same platform also lamented, “the new arrangement by Mr. Oppong-Boanuh means that I need to vacate my seat as a station officer for my junior to take over, this has seriously affected my morale.”

The irate inspectors as part of the promotion want to be elevated to Assistant Superintendent of Police (ASP). Before IGP James Oppong-Boanuh proceeds on his terminal leave, the aggrieved inspectors want the IGP to backtrack and correct what they are calling an anomaly.