Bill/Law Made Based On Emotional Incompetence 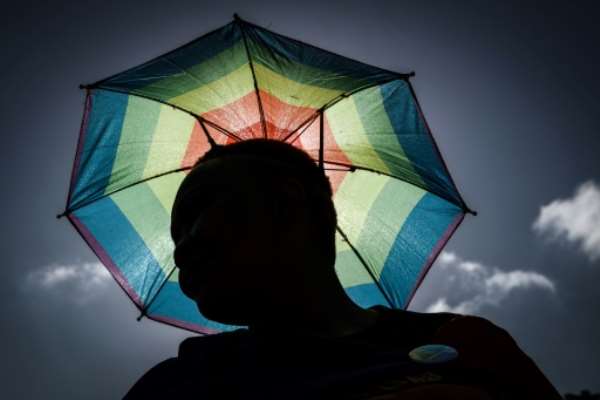 The issue of LGBTQ+ has been with us for more than three decades, however, through education, self-development and exposure to the global world, people different from others have sought to challenge the status quo and to bring to the consciousness of the larger society that there are others who are different from the larger society in various forms, shapes, perceptions and thinking. Just as we have others whose heights fall either below or above the average heights of 5.2ft and 5.4ft for women and men respectively, so do we as a universe/state have people who are not sexually inclined to the opposite sex for which they don’t become less human than us. It is for this reason, I seek to bring to the attention of our leaders and larger society why the Bill “PROMOTION OF PROPER HUMAN SEXUAL RIGHTS AND GHANAIAN FAMILY VALUES BILL, 2021” is unnecessary and irrelevant to us as a civilized and progressive state.

While it is an undeniable fact according to our 1992 Constitution that a family is a union between a man and a woman under marriage, the concept of family under this circumstance is narrowly defined, for one cannot only build a family through the association of marriage but also through adoption, and the sharing of certain values and principles. It is for this reason that in every society civilized and uncivilized, there is the society’s culture and various subcultures coexisting once the subculture doesn’t become a security threat to the peaceful coexistence of all. A culture that is stagnant and repugnant to the realities of time isn’t worth called a culture for a culture ought to be dynamic and reflective of the times in which we find ourselves in as clearly made mentioned in Article 39 of the 1992 Constitution. What happened to the culture where the institution of chiefdom was the ultimate source of authority before the coming of the adaptation of the Western style of governance? This question should inform our leaders that our culture isn’t cast in concrete for which it is immutable.

While we run to Article 2(4) of the UN Charter that gives credence to the right of self-determination, we should also be minded of the UN Human Right Charter of Article 1 “All human beings are born free and equal in dignity and rights. They are endowed with reason and conscience and should act towards one another in the spirit of brotherhood” as well as Article 2 of the same charter. Where and when did heterosexuals become more humans than others for which they have more freedom than others to the extent of prescribing who is normal in relation to emotions and sexual orientation?

Furthermore, the initiators of the bill made an erroneous assertion when they said that freedom of expression and speech of persons advocating and promoting rights of LGBTQ+ is not absolute. It is important to understand that a right to speech or expression is absolute unless under matters of scandalous and libellous nature. Hence, they ought to show these indifferent people how their expressions and advocacy become scandalous and libellous for which the law seeks to sanction them with outrageous sentences. These lawmakers are either failing to see or ignorant of Article 7 of the UN Human Rights Charter which says “All are equal before the law and are entitled without any discrimination to equal protection of the law. All are entitled to equal protection against any discrimination in violation of this Declaration and against any incitement to such discrimination”.

To say that, the bill seeks to determine the association and assemblage of citizens as illegal because of their sexual orientation and attribute such orientation to being injurious to public health, one would have expected these lawmakers to provide concrete and unbeatable evidence to buttress such weak claims as well as pay attention to the UN Human Rights Declaration Charter very well especially Articles 18, 19 and 20 as well as the Chapter 5 of the 1992 Constitution where the word “SHALL” is used. It was interesting to note that, the fact that 18.1% of Ghanaians living with HIV was said to be people living with AIDS and for which reason the sexuality of LGBTQ+ should be criminalized beats my imagination. If out of every 100 people living with HIV/AIDS, 18 are gay men what happened to the heterosexuals who formed more than 70% of those in this bracket? This line of argument is weak and laughable especially coming from leaders who ought to be more intelligent than the masses as socially expected even though it cannot be the norm.

It is again important to reiterate the laughable misconception thrown out by the Coalition for Proper Human Sexual Rights and Family Values that young people are lured with certain promises, while it does happen, it is not exclusive to the fraternity of the LGBTQ+ but also to heterosexuals who lure young people with same promises. It is amazing to hear the Coalition speak of commission, but I want to ask whether they are talking about pimps or hustlers in this case. This so-called commission should be made clear and stop the conjecturing and the throwing of fallacious statements to make valid a phobia that is not even there in the first place. The very Christians who are up in arms have forgotten that the King James Bible was made possible by the homosexual King James or they have suddenly forgotten the likes of Socrates, Aristotle and the papacy where certain Popes were homosexuals? While it is true that poverty is a factor for some, the broader society knows that sexual exchanges are done by all in the quest to assist people including some BIG MEN in society who use poverty to have sexual intercourses and intimacy with both sexes whether homosexuals or heterosexuals.

Finally, the bill is based on erroneous conjectures where it desires to hide under illegitimacy to seeking existence. Sexuality isn’t a suspicion but a reality so where from this pretentious interest to protect people who are suspected of not being heterosexuals? If it is in the interest of making the SDG goals a reality especially Goals 3, 5 and 10 then this bill is needless because nobody is better than another because of sexuality differences nor are there first-class citizens and second class citizens. The bill fails to even recognize the fact that we have asexual people who sometimes run with the so-called moral piety of judging others who engage in sex. This bill is nothing more than a bill based on religious emotions and lacks the rationality and intellect needed to achieve equality of all humans irrespective of their differences and the makers and pushers of the bill should tell us how the sexuality of a person makes him/her not a proper human.