Blame Unemployment On Upbringing And Leadership 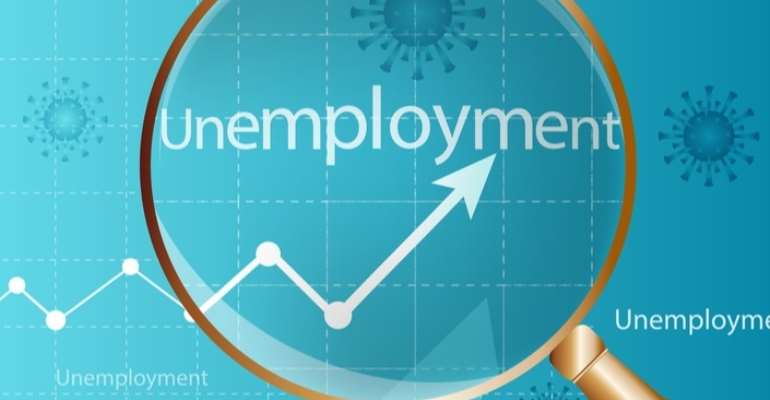 Unemployment has been a pressing issue facing this country since 1996 when findings showed that anytime graduates completed schools, about thirty-two percent of them were able to find jobs either temporarily or permanently in a span of two and five years. The rate at which people are getting educated is outpacing the rate at which graduates are being employed and this is something which is quite worrying. For instance, the number of graduates completing schools average about 400,000 per year since 2015 yet the number of jobs created averagely is about 30,000 annually which represents 7.5% of all people who finish schools either as junior high, senior high or the tertiary.

The bane of unemployment should be blamed on leadership and parental upbringing. Leadership has failed to solve the problem with realistic and pragmatic solutions. I say so because after the first tenure of the Kufuor Administration, it emerged that unemployment was becoming a national security hence leading into the institution, Youth Employment Authority (YEA). Governments since 2005 have always executed knee jerk solutions in the process of solving unemployment. What is the essence of the YEA when it cannot mentor and coach trainees after two years by coercing them indirectly to form partnerships and cooperatives while linking them to the venture capital fund to fund them and help them grow their businesses?

The government must create an enabling environment, create and empower the National Small Businesses (NSB) which should focus on firms that employ at least 5 people and at most 25 people. The government could allocate at least GH₵10,000.00 to firms that employ at least five people with an interest being pegged at the average annual inflationary rate and this will help empower the small businesses which form about eighty (80%) of all businesses.

Furthermore, blame parents for the rising number of youth unemployment as a result of increased birth rate of about 2.67/100 people. This situation causes for worrying. Again, parents should encourage and motivate their children towards STEM (Science, Technology, Engineering and Mathematics) education which is an avenue for easy access to acquiring jobs and contributing to development both of the nation and of one’s own mind. STEM is critical in solving youth unemployment because annually about a million jobs are created globally and it is estimated that 3.5 million jobs will need to be filled by 2025. STEM jobs are projected to grow 8.8% between 2017 and 2029 which is higher than non-STEM jobs—with positions in computing, engineering and advanced manufacturing leading the way. Moreover, software development employment is projected to grow 22%. Regarding the job outlook from 2019-2029, employment in software development is projected for 22% growth. Employment in STEM occupation has grown 79% since 1990—increasing from 9.7 million to 17.3 million. Computer science must be encouraged in children and stop belittling STEM and creating fears amongst children that mathematics and science are difficult. As parents, we should ensure that children are encouraged and motivated to take STEM courses very seriously. Women should also be encouraged to take up computer science and STEM related programmes to help reduce unemployment because according to the Bureau of Labor Statistics, by 2026, computer science research jobs will grow by 19% and moms who communicate on STEM leads to girls being +20 points more interested in pursuing their studies and having an encouraging teacher is associated with +21 points, and having an encouraging dad is associated with +17 points.

Furthermore, STEM should be infused virtually in all aspect of the healthcare industry and children who are encouraged to pursue STEM will be prepared to find an exciting career within a wide range of options and increasing demands. In addition to these, children must be taught to upgrade their skills and align their skills in the industries they aspire to work in. Skills such as critical thinking, analytical skills, communication skills (orally and written) and financial literacy should be acquired. Children should be encouraged to read more books for reading expands the view of a person and helps in generating new ideas which would help in employing one in the future.

In conclusion, government must sit up by being deliberate in its policies in solving unemployment through the implementation of policies that are pragmatic and solves unemployment permanently and parents must have immense interest in the education of their children and ensure they upgrade their skills through internships.

No machinations will break ordained Alan as NPP choice for 2...
41 minutes ago