The NPP 2024: The Ripples and Shivers, as the Ashanti Region Grassroots Root for Alan Kyerematen 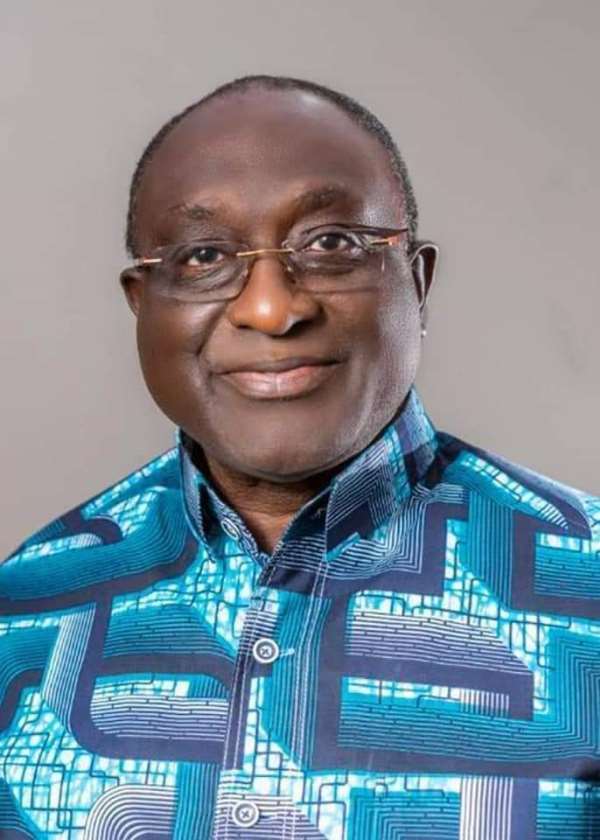 In the run up to the NPP 2023 Presidential Primary, those in the camp of the Honorable Trade and Industry Minister, Mr. Alan Kyerematen, have been tactically quiet and prudent with their activities. The man himself has been busy commissioning factories and, in so doing, creating jobs for the unemployed youth in the country in fulfilment of the President’s vision. He recognizes that unemployment is the major challenge that confronts us as a country.

However, the most neglected and pained group in the party, the grassroots, seems to have fallen in love with Alan Cash like never before, hence the kind of open love, support and admiration he receives wherever he goes. Many have partly attributed this massive outpouring of love, support and admiration to the hope the grassroots have found in him, with respect to his job creation ability. It is, therefore, not surprising that the mantra “It’s Alan’s Time” and his slogan “Job for the people, Cash for the people” have suddenly become the most-spoken political vocabulary by the grassroots.

It was the funeral of the late mother of the Member of Parliament for Bantama, Honorable Asenso Boakye, who is also the Minister for Works and Housing and, as was expected with these kind of funerals, most of the party bigwigs, including the Vice President, were there to commiserate with him. It was at that funeral that the party’s grassroots in the Ashanti Region, enthusiastically, made a huge statement with their massive presence and support that has generated ripples and shivers in certain quarters. Their message was crystal clear as to who they would want to lead the party in 2024.

The unexpected rapturous support Alan received in the region has been christened by many on social media as the “Ash Wave”. The New Crusading Guide newspaper, which is highly esteemed for its objectivity, captured it on their front page like this: “Ashanti Region Roots for Alan Kyerematen”. Another objective newspaper, The Ghanaian Chronicle, captured it this way on their front page: “Alan Shakes NPP Grassroots in Kumasi”. Truly speaking, no one, not even Alan himself, had expected the ecstatic earthquake-like shaking that quieted the peripheral noises around.

Following the spontaneous rapturous outpouring of love, support and admiration for the man of the moment, Alan Cash, in the Ashanti Region, some members of Dr. Bawumia’s camp have strenuously created their own version of what transpired at the funeral ground. In one of their preposterous narratives, which is captured in an article entitled “Alan’s tribal campaign and inconsistencies are threat to the NPP”, the coward author, shamelessly sought to equalize their despicable behavior at the late Sir John’s funeral at Wonoo with what happened at Bantama. But the two aren’t the same. Whereas one was induced, the other was spontaneous.

In the referenced article, the coward author, who was hiding behind the pseudo name Dr. Kwaku Nkansah to psychologically create certain effect of significance and weight for the article, had the impudence to ask this ridiculous question about Mr. Alan Kyerematen, who is a founding member and a distinguished financier of our party since 1992: “Beside coming up to contest for flagbearership position, what has been Alan’s ‘material’ commitment to the NPP before 2014?”.

My brother or sister or whoever you are, let me tell you that the weight of an article is determined by its content. After reading through your article, I can tell you that there is nothing PhD about it. Its content and analytical makeup are clearly shambolic. No PhD holder would make the kind of pathetic paperweight arguments you advanced in the article against Alan Kyerematen. There is beauty in agreeing to disagree on an issue. So, kindly feel free to use your own name in your next article.

Not only did this coward question Alan’s commitment to the party, he also had the guts to baselessly accuse Alan of engaging in tribal politics and even described him as opportunistic politician. Really? For the purpose of setting the record straight, let me do this roll call briefly so that people can clearly get the picture as to whose commitment and loyalty deserve to be questioned and who best fits the description opportunistic politician. Only objective minds are needed here.

So, how can such Patriot’s commitment and loyalty to the party be questioned in juxtaposition with the commitment and loyalty of someone who joined our great party in 2008? Can’t some people be sincere just for once? Asking me about where the Dr. Bawumia was in those 15 years? Well, all I can say is that he didn’t think our party was a good party to join at the time. Isn’t it interesting that he only found the party attractive when he was informed that he was going to be made Nana Addo’s running mate? Quite honestly, the hypocrisy in some quarters of the party is alarmingly unfathomable.

So, this is what happened in 2007. 15 good years after the NPP was birthed, candidate Nana Addo (as he then was) became the party’s presidential candidate, after Alan had wisely and magnanimously allowed him to lead the party, for the sake of fostering peace and unity in the party, despite the fact that he could not obtain the required 50% plus one votes at the Congress.

Like his predecessor, he deemed it prudent to follow the party’s winning formula. Thus, he set out to look for a Muslim from the North as his running mate. That is when Dr. Bawumia, who had never been a party member and had never contributed anything to the party by way of cash, sweat, blood or tears at the time, was considered and, as a result, became a member of the party. Does this qualify to be described as opportunistic? I don’t know!

Again, as has been the agenda of the Dr. Bawumia’s camp, this coward craftily sought to de-Ashantize Alan and baselessly accused him of telling delegates to vote for him simply because he is a Fante. How can political argument be this low? And you want me to believe that your article was written by a PhD holder? I don’t think PhD is this cheap. Couldn’t you have raised the bar a bit? Who in this country doesn’t know Alan’s campaign message “Jobs for the People, Cash for the People”. He has been consistent with this message from day one to date. His vision for the people hasn’t changed.

The author, obviously, is an uninformed coward whose logic is warped and spurious. In any case, Alan is a direct grandson of an illustrious post-colonial Fante national figure, Johannes Welsing from Elmina, who, as Assistant Colonial Secretary during the last Colonial Administration, was the highest ranking Ghanaian Civil Servant. He is equally the great grandson of another illustrious Fante Civil Servant from the Colonial era and another proud son of Brenu Akyinmu in the Elmina District the late J. S. Erbynn who was Governor's representative in Ashanti in Colonial times.

With this strong Fante connection, Alan can never deny his Fante heritage and he has never done so. If his Ashanti sympathizers enthusiastically hail him and claim him as their own they are also not wrong as his maternal great grandmother was Queen mother of Ejisu. By the Akan tradition, that makes him an Ashanti by birth. His late father was the well-known anthropologist who established the Asante Cultural Center in 1951 together with the late Otumfuor Sir Osei Agyeman Prempeh II. So, what are you talking about Mr. Coward?

Furthermore, his late uncle, Francis Welsing of Cornerstone Football Club fame, married from Osu, therefore, Alan has a first cousin and nephews who hail from Osu in Accra. Besides, his grand uncle married from Kete Krachi in the Volta Region, therefore, he has surviving uncles and aunties who hail from Kete Krachi. You see, the man Alan Cash, like the Indifference Curve in Economics, is everywhere dense. His marketability in the 2024 Presidential Election is absolutely matchless.

If truth be told, Alan is one of the 'MOST DE-TRIBALISED' and decent politicians you can find anywhere in Ghana. The tribal attack on him because of enthusiastic support for him in Kumasi is misplaced, miscalculated, laughable and an unpardonable political gaffe.

Irrefutably, Alan's political popularity and appeal is magnetically nation-wide. Sadly, instead of seeing Alan’s Ashanti and Fante heritage as a significant political capital to be invested in 2024 to win power, the coward and his cohorts are trying very hard to make it seem as a threat to the party.

Indisputably, the Ashanti Region is the backbone that has kept the NPP standing all these years. It is actually frightening to think of the NPP without the Ashanti Region. For example, whereas all the five regions in the northern part of the country gave the NPP 20 parliamentary seats in the 2020 elections, the Ashanti Region alone gave the party 42 seats plus an independent parliamentarian. If this is not a significant fact to be considered when making a decision relative to 2024 Presidential candidate, what else can be?

The Central Region, on the other hand, has been the most swing region in the country’s history. Mysteriously, no party has won the Presidency without winning the Central Region presidential votes. That is to say that winning the Central Region has inexplicably become a precondition for winning the Presidency. Therefore, having a candidate who hails from these two important political regions would obviously give the party a super advantage in 2024 than presenting Dr. Bawumia, whose own backyard (North and Zongos) is completely bought and paid for by the NDC since 1992.

Let me conclude with this: all the arguments I have read or heard against Alan are political frivolities. I am yet to hear or read a very sound argument that touches on the core issue. The core issue that needs to be debated and considered for decision making in respect of the selection of a presidential candidate is the issue of marketability. Nothing more, nothing less! After all, when all is said and done, the party would have to go and sell their product (candidate) on the external political market.

Therefore, as a political party that wants win the 2024 elections, we cannot intentionally overlook the nature and characteristics of the market in which we are going to sell, when deciding on who to lead the party. And, quite frankly, the overly Christian dominated political market in the country doesn’t favor Alhaji Bawumia, not to mention other overwhelming factors that stand strongly against him.

As an Economist, Dr. Bawumia knows quite well that in a free market economy, which is akin to democracy, it is the consumer (electorate) who determines what to produce. Therefore, he should be sincere to admit that the skewed nature of the political market doesn’t favor his political ambition. There is no wisdom in pursuing an investment which has 90% risk of negative returns. Folks, this is a matter of political wisdom and common sense. The choice is in your hands, suffering party delegates. Argue cogently, think deeply and choose wisely! I am done!