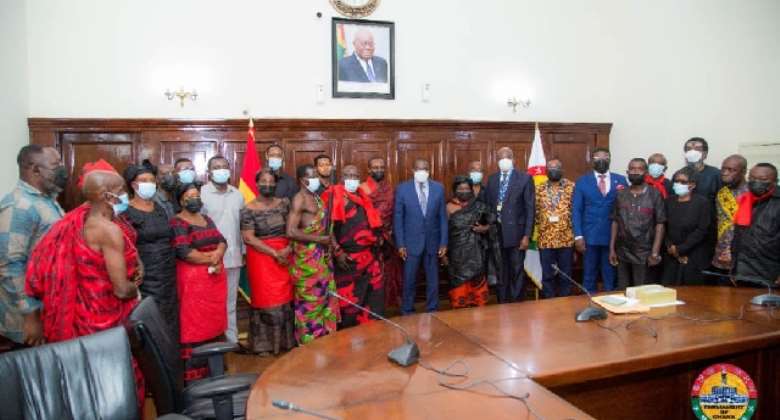 The family of the late Elizabeth Asantewaa has today, Tuesday, 22 June 2021 called on Speaker of Parliament Alban Bagbin to inform him about the passing of their relative on the 2nd of June, 2021.

Elizabeth Asantewaa was a bomb explosion victim in 1964 when she was asked to present a bouquet to Ghana’s first President Dr. Kwame Nkrumah.

She was later taken to the United Kingdom by Dr. Nkrumah where she got fitted with a prosthetic leg. Later, General Kutu Acheampong also got her another prosthetic leg.

That according to her was the only help she got after losing her limb in the tragic accident.

She spoke on numerous occasions of the difficulties she faced as a result of the accident but to no real avail.

On May 26 this year, the MP for South Dayi Rockson Dafeamekpor read a statement on the floor of parliament in which he spoke about the challenges Madam Asantewaa was facing and called for urgent help for her.

She, however, passed away on 2 June this year.