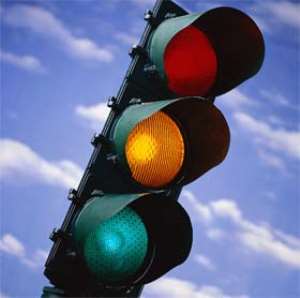 The government of Ghana must, as a matter of urgency, contract the Mechatronics and Cybersecurity Department of Koforidua Technical University to mass manufacture and purchase their new invention, traffic lights with Artificial Intelligence, for installation in every region of the country.

KTU is fast becoming the most vibrant hub of innovation and entrepreneurship among the 10 Technical Universities in the country.

From the very inception of their conversion to Technical University, KTU, which has kept to its core mandate of training technical and engineering students, has become the fastest growing university in Ghana and indeed the West African subregion.

It is estimated that by 2025, over 50% of active companies that would make a great contribution to the countries of West Africa economies would be entrepreneurs trained at various Technical Universities in the subregion, and KTU would be among the top 5 of these technical universities, if not the first.

Already researchers at the prestigious Koforidua Technical University are involved in innovations that addresses problems facing the continent, such as fresh water (water sanitation and hygiene), food for all, deforestations, damage to water bodies, waste materials to fuel etc.

At KTU, Artificial Intelligence, digital technology and nano technology is unleashing the changes to how they teach and train their students who, it is envisage, would go on to establish companies that would help solve most of the problems facing the countries on the continent.

Currently Koforidua Technical University researchers, under the leadership of Professor David Kofi Essuman (Vice Chancellor of the University), collaborate with many leading institutions and organisations across the world to driver further exploration in various fields, thus pushing the boundaries of knowledge.

Professor Essuman, like his counterparts at the other technical universities, has raised concerns on the need for the government to pay attention to local inventions.

Earlier this year, Koforidua Technical University became the first Technical University in the country to announced that, with the completion of Eastern Regional Teaching Hospital at Koforidua, in 2023, would establish a medical school to train doctors and dentists. The school would be known as School of Medical Sciences.

It is envisioned that KTU would collaborate with the newly established Eastern Regional University, also known as University of Environmental and Sustainable Development, to have a multi campus School of Medical Sciences to jointly train doctors and dentists. This writer was reliably informed by a senior lecturer at KTU that the President of Ghana, Nana Akufo Addo, welcome this development and wholeheartedly support this venture.

The Faculty of Health and Allied Sciences of Koforidua Technical University is one of the fastest growing faculties at the university, which attracts students from across the continent, thus it is absolutely incumbent on the authorities of the University to start the School of Medical Sciences as a matter of national urgency.