Rejoinder: Election 2024: Greed and selfishness may rock the NPP’s boat into opposition 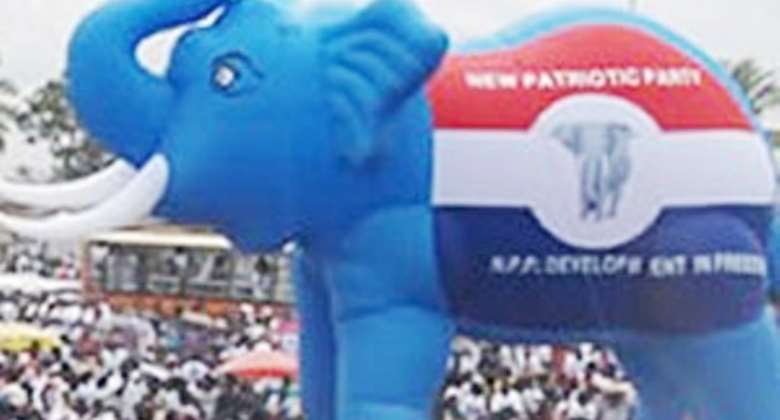 I read the above article (See "Election 2024: Greed and selfishness may rock the NPP’s boat into opposition" - Ghanaweb 15/11/2012) with an amusement.

If Ebo Buckman would be truthful to himself and admit the truth, since the discovery of oil off the coast of Western Region, how many inhabitants of the two regions (Central/Western) have benefited from the oil discovery. How many companies in the two regions have been given the opportunity to benefit – either through direct or indirect contracts apart from a few lawyers whose parents are part of the NPP government. Over 99% of the companies directly involved or engage in the country’s crude oil industry are led by folks from Ashanti, Eastern or Brong Ahafo regions to the detriment of the Fantes/Ahantas/Nzemas. This writer’s kinsmen and women have been side-lined and neglected by this NPP administration.

Read More: Election 2024: Greed and Selfishness May Rock the NPP's Boat into Opposition

Regarding which of these two gentlemen, Mohammudu Bawumia and Alan Kyeremanten, would be crowned as the Presidential candidate of the New Patriotic Party in 2023, the fact on the ground, from the NPP grassroots and the general population is that, both men are structurally link to this administration which is perceived to be the most corrupt government ever to govern the country.

As Buckman rightly stated, Bawumia isn’t trusted by a large section (the delegates from the Akan regions) and is seen as an outsider. Bawumia, sadly has been label as a Pathological liar who cannot be trusted to be the flag bearer of NPP nor be President of the country.

If there is any indication of who the NPP delegates would elect at their 2023 congress to be their flag bearer, one must cast their mind back to what was done to late vice President, Alhaji Aliu Mahama. Sadly, Alhaji Mahama did not recover from that humiliation and died a very sad and lonely death.

With regards to Alan Kyeremanten, he would forever be linked to a very corrupt and insensitive NPP administration and thus the opposition party, the NDC, would roast him during the presidential campaign and at the ballot box by the Ghanaian voters.

NPP as a political party that would never elect anyone out of these 3 regions (Ashanti, Eastern and Brong Ahafo) as their Presidential candidate, ever.

The pollster Ben Ephson in his analysis (NPP may play the religious card in presidential contest – Ghanaweb 6/10/2021) succinctly label the tribal dichotomy prevalent within the New Patriotic Party as “Religious” card. Ephson use the so-called “religious card” in other not to step on the toes of a certain section in the party. Osei Kyei Mensah Bonsu, the NPP Majority leader in the Ghanaian Parliament, warned his party that, if the notion of “only an Akan candidate can become the Presidential candidate” is not banished and discourage from the party, it would lead to the disintegration of the New Patriotic Party as we know it today. Dr Nyaho Tamakloe and Murice Apaw have both voice out similar disturbing trend which have encompassed the NPP. The intolerance of the Akan group in NPP to accommodate other tribes is very disturbing. The dilemma of the NPP as was articulate by Ephson would determine whether they can win the 2024 elections or not. Ephson left an open-ended question as to whether the leadership can handle this impending disaster in their 2023 presidential elections.

It is only Nana Addo Dankwa Akufo Addo, despite how he handled the Aliu Mahama debacle, has so far had an inclusive government compared to the Kuffuor NPP administration.

Both John Mahama and Nana Akufo Addo comes from a family where they were exposed to multi tribal society and had powerful fathers who work amicably with other tribal groups.

The question that readily comes to mind is, if Nana Akufo Addo is an inclusive president, how come his administration is perceived to be against the Voltarians? This writer who knows Nana Akufo Addo, (just like President John Mahama during the last NDC administration) is being let down by his appointees. The President is only told what they the appointees want him to know.

This writer can state unequivocally and without fear that both President Akufo Addo and President John Mahama are not corrupt and would never entertain corruption, however the appointees of both Presidents are the ones who has/had made their administration unpopular. Again, Kyei Mensah Bonsu correctly articulate this assertion when he stated that it is the “delegates and party supporters” who during primaries sell their votes to the highest bidder, thus the moment that elected candidate gets into government, he must find any way to recoup his money back plus “interest”. And the only way they can do that is through corruption, no doubt.

And then there are others, including many in government employment like Agya Anim Boateng Adjei, who are corrupt and would take more than mere talk to root out the corruption in the country.

Thus, during primaries, the delegates see the exercise as their “cocoa season” where those who pay the highest money are assured of being elected to represent their party at the elections.

However, unlike the NDC, the New Patriotic Party find themselves in a very delicate position. Both their leading candidate, Muhammudu Bawumia and Alan Kyeremanten are tinted by serving in an administration that is seen by the Ghanaian people as corrupt, insensitive and an affront to the Ghanaian populace.

Ebo in his analysis he stated that, “sad to say, in todays NPP, if you are not ready to lick the boots of the boss of the cabal or pretend to be for their candidate, you will wallow in misery” to buttress the point made by Osei Kyei Mensah Bonsu and Maurice Apaw, that for one to benefit from the massive graft by this government, one must sing the praises of the “Omnipotent one” or one would be left out of the looting.

In conclusion, this writer would directly quote Ebo Buckman’s concluding statement, “I am not a doomsayer, but I can say that the greed and selfishness (corruption) of some people (within the NPP leadership) who have enjoyed it all (and with special interests) in the NPP in the last 5 years, would rock the party’s boat into opposition if the suffering masses at the grassroots (NPP ordinary members) fail to rise up and act swiftly and appropriately to save the p arty. The time for change is now!!”

Latest Photo Reports
Catch up with all the political quotes from our politicians.
Advertise here
More Rejoinder
ModernGhana Links
RE: 1.6 Million “Left Behind”: Errors in Ghana 2021 PHC report “exonerate” U.S. Census Bureau
Re: Bawumia's Call On John Mahama To Convert, Hypocritical, Does He Intend To Convert Into Christianity For Visiting Churches?
Re: ATAG and Innovative Teachers Secure an Injunction on the Distribution of the Laptops
RE: Bagbin Becoming Too Much Of An Activist
RE: All Ashanti lands belong to Otumfuo Osei Tutu II with all other Ashanti chiefs being simply caretakers to the lands they occupy and with no family-owning lands in Ashanti
Rejoinder: Ghanaian man asking Nana Addo to fix the country in Germany allegedly deported
RE: TESCON-UEW to demonstrate on the day of SRC elections
Re: The Archbishop Of The Catholic Archdiocese Of Kumasi Makes A Scandalous Decision
NDP Article - Airport Tests and the Response of the MOH of Ghana
TOP STORIES