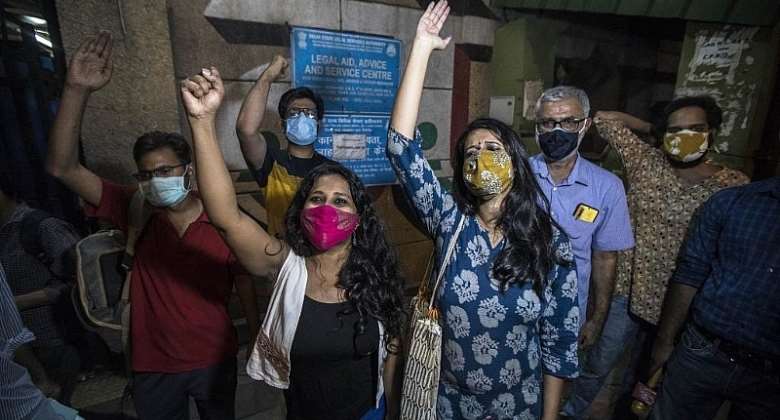 Three student activists have walked out of prison after their incarceration 13 months ago in connection with riots that claimed 53 lives in Delhi last year. Judges released them on bail, questioning the use of an anti-terror law to “suppress dissent.”

Natasha Narwal, Devangana Kalita and Asif Iqbal Tanha were were held on charges of plotting the violence during a state visit to India by then US President Donald Trump in February 2020.

Fifty-three people died and scores of others hurt in the clashes between supporters of a citizenship law and those who opposed the 2019 Act.

The activists, who have denied wrongdoing, were charged under the anti-terrorism Unlawful Activities Prevention Act or UAPA which gives sweeping powers to the police.

The Delhi High Court said “in its anxiety to suppress dissent – in the mind of the state – the line between constitutionally-guaranteed right to protest and terrorist activity seems to be getting somewhat blurred."

"If this mindset gains traction, it would be a sad day for democracy," a two-judge bench said in their 100-page order.

On Friday, India's Supreme Court said the order could not be treated as "precedent by any court" to grant bail to others also arrested under the anti-terrorism law.

It said the lower court's order granting bail to the students raised questions of "pan-India" importance relating to the interpretation of the UAPA.

It described as “troubling” the reading down of the controversial law by the lower court.

'In the interest of democracy'

The released activists were elated.
“Protesting against a policy of the government is not an anti-national activity and it is not against the nation,” said 32-year-old Narwal who lost her father to Covid-19 in May while she was behind the bars.

“It is in the interest of building a nation which respects democracy, which respects liberty,” Narwal argued when asked if she would continue to oppose the citizenship law.

The government says the act passed in parliament will fast-track citizenship for persecuted Hindus, Parsis, Sikhs, Buddhists, Jains and Christians from adjoining countries and that the anti-Act protests were politically-engineered.

The 31-year-old Kalita spoke of her time in jail but said “it is not going to snatch away our voice and our struggle for justice.”

“Sometimes when they try to scare you so much that you lose fear itself in some ways,” she told reporters.