Few options for Mali's partners in latest twist to crisis

By Valerie Leroux with Amaury Hauchard in Bamako 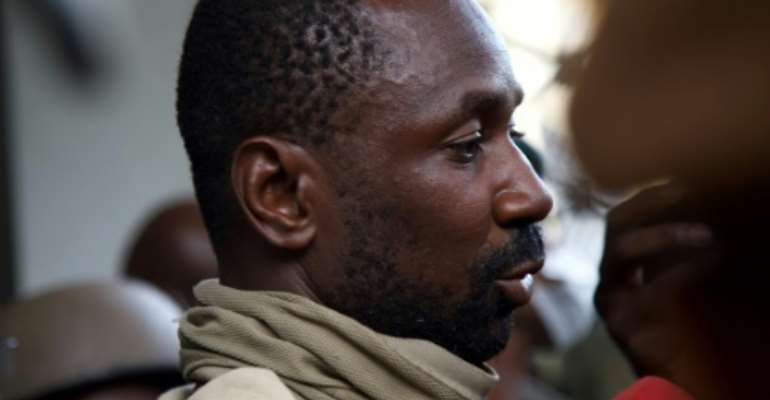 Mali's neighbours and its ally France have struggled to formulate a firm response to the latest twist in the years-long crisis gripping the key Sahel country.

The impoverished state, lying at the heart of a jihadist insurgency in one of the world's most volatile regions, has been wrenched by a de-facto coup -- its second in nine months.

Colonel Assimi Goita, the strongman behind a putsch in August that toppled Mali's elected president, has booted out an interim government led by civilians that was to steer the country back to democratic rule.

But the response from other countries in the region and from France -- the former colonial power that is shoring up Mali in its battle against the jihadists -- has been muted.

After the first coup, the Economic Community of West African States (ECOWAS) heaped pressure on the junta, closing its borders and suspending trade until the transitional government was installed.

But this time around, sanctions are not on the table.

ECOWAS has made an expected demand for the immediate appointment of a civilian prime minister and for elections in early 2022. It has suspended the country from its ranks, but no more.

The African Union (AU) and the International Organisation of La Francophonie, the club of French-speaking states, also suspended Mali while the UN Security Council issued a "firm" condemnation, but again, no more.

Air power: A Reaper drone armed with two GBU-12 bombs at Barkhane's base in Niger. By DaphnÃ© BENOIT (AFP)

France on Thursday bared its teeth, saying it had decided to "suspend, as a temporary measure" joint military operations with Mali's military.

The country's armed forces are poorly-equipped and -trained, and depend crucially on French airpower and surveillance, from the 5,100-man Barkhane force in the Sahel, against the highly mobile insurgents.

"The international community, especially ECOWAS, had been expected to be firm with the junta. The junta now emerges much stronger, and one may ask whether it senses any boundaries," said Boubacar Haidara, a researcher at Les Afriques dans le Monde (LAM), a think tank in Bordeaux, southwestern France.

One of the poorest countries in the world, the country is on its knees after a nine-year-old insurgency that has claimed thousands of lives and driven hundreds of thousands from their homes.

Anger at perceived corruption and the impotence of the government to stem the bloodshed drove mass protests last year that culminated in President Ibrahim Boubacar Keita's ouster.

"The public are drained by years of conflict," said Caroline Roussy at the Institute of International and Strategic Relations (IRRI) in Paris.

Focussing on day-to-day survival, many Malians have barely uttered a murmur about the latest coup.

"Without popular mobilisation (as a lever), it would have been ECOWAS against the junta and the Malian people, and this is not a tenable position," said Jezequel.

All the analysts agreed that the prospect of tough action against Goita became far harder because of what happened in Chad in April.

The country's veteran leader, Idriss Deby Itno, was killed fighting rebels and was immediately succeeded by his son at the head of a military junta that suspended parliament.

The instant handover was accepted by France and Chad's neighbours in the interests of regional security.

The jihadist insurgency, which now infects Niger and Burkina Faso after poisoning Mali, is the crucial factor in strategic thinking.

"What's more important from the viewpoint of Mali's partners? A transition led by civilians, or a government that will help to continue the fight against the jihadists?" asked Jezequel.

In this light, Roussy said France's "suspension" of military operations -- which has yet to be spelt out in detail -- could be seen as a warning to Goita, to discourage him from naming pro-jihadist figures in the government.

Some in Mali have called for dialogue with the militants, but this has been fiercely opposed by France.