Brussels looks to boost cooperation with Libya on migration 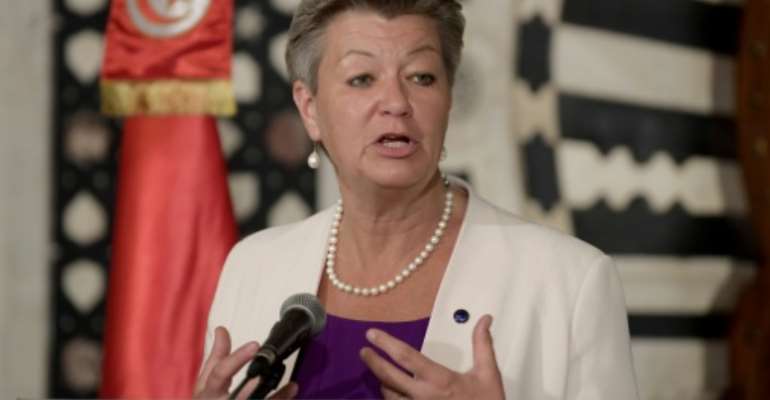 EU commissioner Yvla Johansson said Friday the bloc was working to relaunch negotiations with Libya on migration amid a rise in crossings to Europe from the North African country.

Several hundred migrants have died since January in perilous Mediterranean crossings, while 26,000 others have succeeded in reaching Europe, the United Nations says.

Around 9,000 of those embarked from Libya, a hub for irregular migration toward Europe, along with neighbouring Tunisia.

Mired in chaos for a decade, a ceasefire in Libya has held since October and a new unity government was established in March.

"We have a new opportunity in Libya and I am ready to engage with the new Libyan government in talks on how we can have a better and closer cooperation, including when it comes to managing migration," EU home affairs commissioner Johansson told AFP during a two-day visit to Tunisia.

Asked about cooperation with the Libyan coast guard, which is responsible for intercepting migrants but some of whom have been prosecuted for human trafficking, the commissioner said their role was key.

"It is important that the Libyan coast guards do search and rescue and prevent people from losing their lives at sea," Johansson said.

"It is equally important to make sure that those that are being disembarked (in Libya) are treated properly and being in proper facilities, that is something we need to discuss," she added.

The European Union has for years supported Libyan forces to try to stem migration, despite often grim conditions in detention centres in Libya.

International agencies have repeatedly denounced the return to Libya of migrants intercepted at sea.

Johansson said the EU was engaged in parallel support of legal migration, which diminished during the Covid-19 pandemic.

"Investing in legal pathways is part of the solution," as Europe "needs immigration", she said.

"But the willingness to welcome more people legally also depends on the possibility to return those not eligible to stay -- these are linked," she added.