Rugby World Cup Sevens 2022 to be held in Cape Town 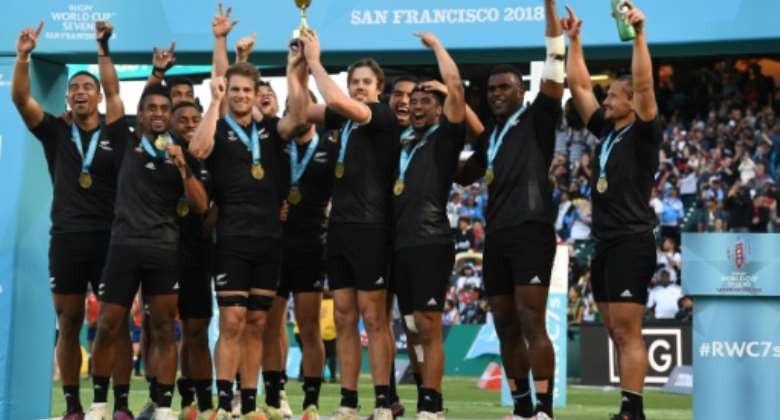 New Zealand won the men's and women's events at the last Sevens Rugby World Cup in San Francisco in 2018. By Mark RALSTON (AFP/File)

The World Cup, the eighth edition for men and fourth for women, will be contested by 24 men's and 16 women's teams and is the first to be hosted in Africa.

The top eight men's teams and top four women's teams from the last RWC Sevens in San Francisco in 2018 have already secured automatic qualification for the tournament in 2022.

Amongst the women's teams, the Springbok women's sevens side will join defending champions New Zealand, France, Australia and USA in Cape Town.

Teams that have not qualified automatically will do so via their respective regional tournaments held in Europe, Oceania, Asia, North America, South America and Africa. There are 16 places available in the men's tournament and 11 in the women's from regional competitions.

You're a strong tree; you'll stand through every storm — Kof...
13 minutes ago

Claims linking Akufo-Addo to galamsey are slanderous, plain ...
37 minutes ago