By Jan van der Made with RFI
Europe 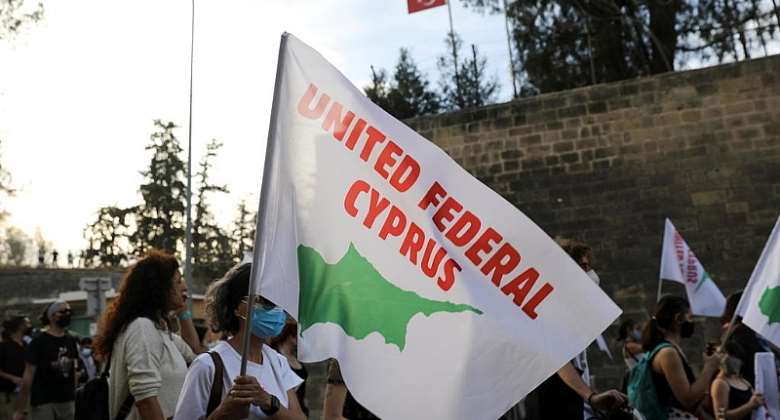 UN Secretary-General Antonio Guterres said Thursday that Turkish Cypriots and Greek Cypriots had failed to make headway in informal talks on the future of their ethnically divided island. Although discussions are set to continue, observers say political will has evaporated, exacerbated in part by the Covid crisis.

"Politically now, I see no light at the end of the tunnel," Andromachi Sophocleous, a Cypriot political analyst who strongly favors a federal solution for the island, told RFI.

It is the latest attempt by the United Nations to revitalize the peace process since another round of negotiations collapsed in 2017.

Turkish Cypriot leaders in the island's north insist on a deal based on two separate states. According to Turkish daily newspaper Hurryiet, Turkish Foreign Minister Mevlüt Çavuşoğlu reiterated Ankara's stance on "sovereign equality and equal international status" for both parts of the island, or legitimising the Turkish Republic of Northern Cyprus that is now only formally recognized by Turkey.

But for the Greek Cypriots, this is unacceptable, and they are backed by the European Union and the UN Security Council which both support a "federal, bi-zonal and bi-communal state" - a careful return to full reunification and the establishment of a single state.

The UN Security Council formally declared secession of the northern part of Cyprus from the rest of the island "invalid" through its resolution 541 in 1983.

The dispute has caused friction between NATO allies Greece and Turkey, greatly hampers Ankara's bid for European Union membership and stoked tensions over potential hydrocarbon reserves in the eastern Mediterranean to the point that France and Greece sent warships after Turkey announce exploration of gas fields in Cypriot waters.

In 1974, it became almost impossible for citizens of Cyprus to visit each other. But things changed in 2003, after on and off negotiations resulted in the opening of border crossings along the "green line" which separates the two parts of the island.

"It was the first time since 1974 that the Greek Cypriot and Turkish Cypriots could get together," says Sophocleous. People could cross by merely showing their ID. Exchanges grew and flourished -even though many Greek Cypriots refuse to go north, as they found it "unacceptable to show their ID in order to cross into their own country," she says.

But many did, and "built their lives" on what Sophocleous calls "this pseudo normality" that ruled the island. "People were crossing every single day there was financial collaboration" with many in the poorer Turkish Cypriot community becoming dependent on the Greek Cypriot capital.

Meanwhile, public opinion on both sides grew more favorable towards a federal solution as a result.

Covid closed the border once again
But in 2020, things changed dramatically.
"The two communities showed absolute lack of willingness to collaborate," according to Sophocleous. After the (EU member) Republic of Cyprus decided in February 2020 to unilaterally close the border due to the Covid-19 health crisis, the Turkish side followed suit and closed their side as well.

"It took us years back" says Sophocleous. "It hit the bi-communal movement greatly. We see couples that were bi-community got separated, people that have friends on the other side, whom they cannot meet. Financial collaboration is now at an all time low," she says.

It lead to massive demonstration on 24 April, held separately on both sides of the island, in favor of re-opening the border checkpoints.

The lack of result from this week's Geneva talks did not lift the spirits of the reunification activists.

"The only light that exists at the moment comes from the people of the island," says Sophocleous. "They are increasingly becoming aware of the dangers that the status quo entails," pointing at the increasingly agressive presence of Turkey and its growing influence on politics and religious life in Northern Cyprus, while people in the north risk being internationally marginalized as nobody is recognizing the territory.

"The status quo will be increasingly fragile, and increasingly detrimental for both communities on the island," she says.

COVID-19: Our responsibility to one another is to get vaccin...
16 minutes ago

Bawku disturbance: Cooperate with government to ensure peace...
24 minutes ago