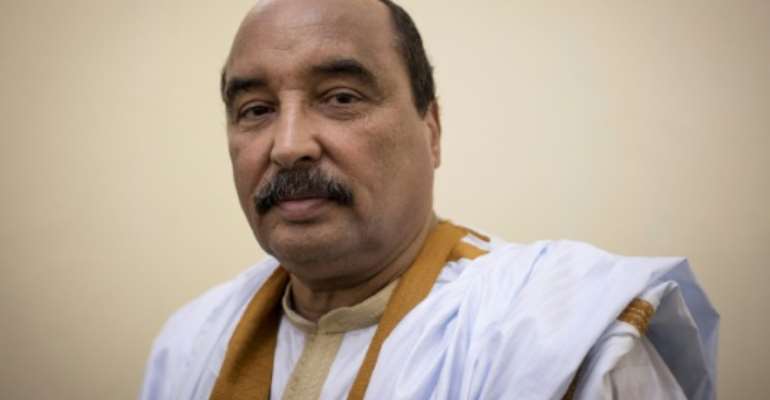 Mauritanian's former president, Mohamed Ould Abdel Aziz, on Thursday said he was being persecuted in an inquiry for alleged corruption, but ruled out fleeing abroad.

In March, he was charged with corruption after a year-long investigation initiated by parliament.

"Every means, material and human, have been deployed to target me arbitrarily," Aziz told a press conference, his first since he joined a small opposition party, Ribat National, after being expelled from the ruling Union for the Republic (UPR) party, which he had founded.

"The only reason for this is to stop me from getting involved in politics," he said.

"They shouldn't be thinking that I will crumble... I won't go to Senegal or Mali or Morocco or Algeria, to any other country, or to France."

Aziz mentioned no names, but said he had enemies who were carrying out a "vast campaign of denigration and judicial prosecution that breach the constitution."

"Looking at the people who are harassing me, I note that they are all from the same region, the same tribe," he said.

"I will stand up and shoulder my responsibilities, and I am willing to go to prison for that."

Aziz, a 64-year-old former general who came to power in a coup, has been interviewed several times by investigators but refused to answer questions. He has to report to police three times a week.

"When the time comes and I am before a judge, I will defend myself and make revelations," he said.

The inquiry launched by parliament probed the handling of oil revenue, the sale of state property, the winding up of a publicly owned food-supply company and the activities of a Chinese fishing firm.

A state prosecutor involved with the investigation last month said that cash and assets worth the equivalent of about 96 million euros ($115 million) had been seized.