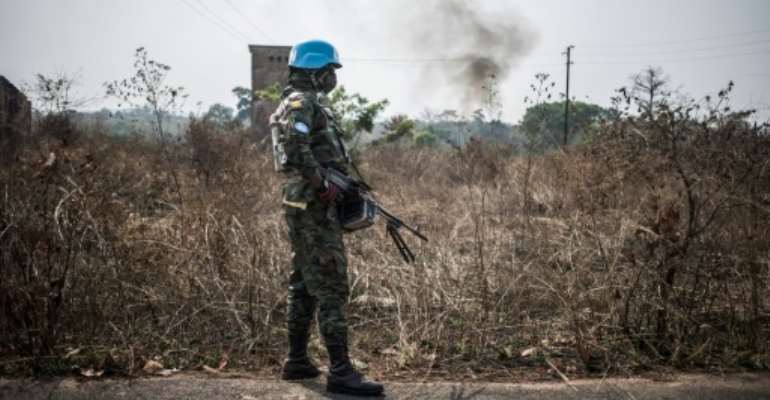 In mid-December, six rebel groups launched an offensive against the CAR's government, just over a week before presidential and legislative elections. By FLORENT VERGNES (AFP/File)

The Central African Republic began voting in the second round of a legislative election on Sunday as it battles back against a rebel insurgency the government has called an attempted coup.

It will be the first time many will be able to vote after only one in three of those registered were able to cast their ballots in the first round in December due to the security fears.

A little over a week before that vote, six of the armed groups that control two thirds of the country joined forces vowing to disrupt the election, march on the capital and overthrow the government of President Faustin Archange Touadera.

But the presidential and legislative elections went ahead on December 27, with Touadera winning re-election with 53.1 percent of a vote slammed by the opposition as so few were able to cast a ballot.

The rebel offensive went on to seize a series of northern and western towns and even reached the outskirts of the capital Bangui in January.

But Central African troops, bolstered by Russian and Rwandan reinforcements, have since waged a counteroffensive, retaking many of the towns and reopening a key trade route to neighbouring Cameroon. 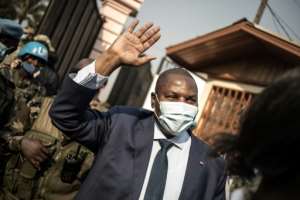 Touadera's party is expected to easily retain its majority in the National Assembly in Sunday's election, but there are fears the vote could again be disrupted by the rebels, who have withdrawn to the countryside but are still threatening to overthrow the government.

'Not a real passion'

There were few voters at polling stations at the Barthelemy Boganda high school in Bangui on Sunday morning, an AFP reporter said.

After casting his vote, office worker Godefroy Mokoamanede said that "unlike December 27, there is not a real passion.

"When people vote for the first time they no longer see the point of voting a second time," he said.

Forty-nine of the National Assembly's 140 seats are up for grabs in Sunday's second round vote, after 22 MPs were elected outright in the first round.

For the other 69 seats, Sunday will serve as the first round, to be followed by a second on an as-yet unscheduled date.

The country's constitutional court said that for the new National Assembly to be confirmed, at least 71 MPs will need to be elected by May 2.

Thousands of people have been killed since civil war erupted in 2013. By (AFP/File)

Thousands of people have been killed since civil war erupted in 2013 when a mainly Muslim coalition called the Seleka toppled then-president Francois Bozize in a coup.

Touadera's government has accused Bozize of leading the latest coup attempt, a charge he denies.

From 2013-2015, brutal fighting took place between the Seleka and mainly Christian armed groups called the anti-Seleka, with both sides accused of crimes against humanity.

More than 30,000 people have fled the country due to the violence surrounding the latest elections, the United Nations says, while tens of thousands more have been internally displaced.

The UN Security Council on Friday approved a resolution allowing for almost 3,000 more peacekeepers to deploy to the country, bringing its total to 14,400 soldiers and 3,020 police.