Apam beach disaster: Survivor narrate events that led to drowning of his colleagues 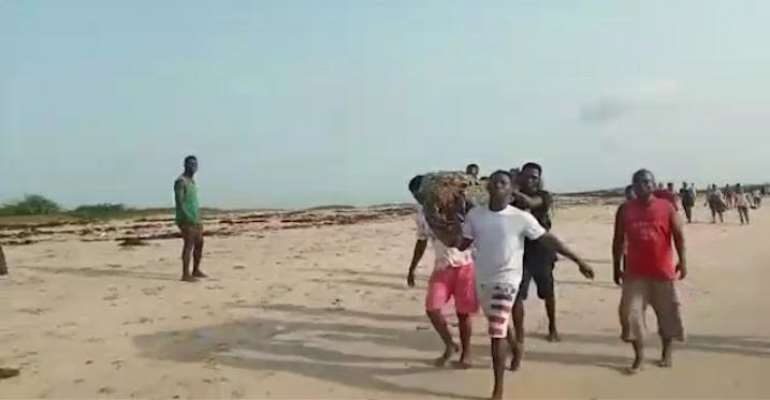 One of the youths who escaped death on Sunday evening when 20 teens drowned at Apam in the Central Region has narrated how he survived the tragedy.

He told Citi News he only survived the ordeal after he was hit by a strong tidal wave bringing him ashore.

According to 15-year-old Kwaku Abbrew, the spot where they went swimming was familiar to them and a strong tidal wave caused the tragedy.

The victims in the drowning incident were aged between 13 and 18 years.

Some reports indicated that 20 teens may have drowned in the incident.

A preliminary report by the police also indicated that while the teens were swimming, a heavy tidal wave blew which led to them drowning on Sunday evening.

A search party tried unsuccessfully to recover the bodies that evening.

The next morning, four of the lifeless bodies of the teenagers were recovered and more bodies were found during the day.

In total, 12 bodies were retrieved; 10 males and two females.

Three of the victims who were recovered were receiving treatment at the St Luke Catholic Hospital in Apam and assisting the police in their investigations.