Nicolas Sarkozy to appeal against three-year sentence for fraud, abuse of office 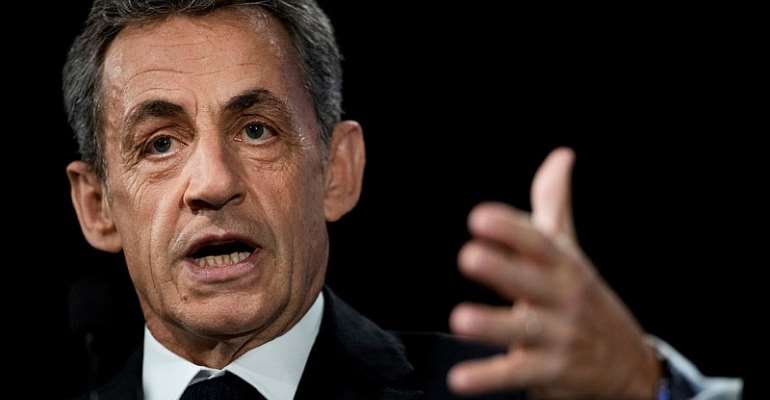 French former president Nicolas Sarkozy will appeal his conviction for corruption and abuse of power, which saw him handed a three-year prison sentence on Monday, his lawyer has announced.

She added that the former president was "calm but determined" to continue his efforts to prove his innocence.

A French court on Monday convicted the former president on charges of corruption and abuse of office, handing him a three-year prison sentence with two years suspended.

Sarkozy was found guilty of offering to help a judge obtain a senior job in Monaco in exchange for inside information on an inquiry into the former president's campaign finances.

The prosecution had asked for a four-year prison term, with two years suspended. The crime of corruption of an official carries a maximum sentence of 10 years.

Taking into account the two years suspended, the sentence of one year in jail means it is unlikely Sarkozy will physically go to prison, a punishment that in France usually applies to jail terms in excess of two years.

The court said the 66-year-old, who was president from 2007 to 2012, would be entitled to request to be detained at home, but could be obliged to wear an electronic bracelet.

Sarkozy has consistently denied any attempt at corruption.

Serious breaches by a president and lawyer

The court said the facts were “particularly serious” given that they were committed by a former president who used his status to help a magistrate who had served Sarkozy's personal interests. In addition, as a former lawyer, he was “perfectly informed” about committing an illegal action, the court said.

Only one other French president, Sarkozy's political mentor Jacques Chirac, was put on trial after leaving office, but he was excused from having to attend his 2011 corruption trial because of ill health.

Prosecutors say Sarkozy and Herzog tried to bribe judge Azibert over an inquiry into claims the former leader had received illicit payments from L'Oréal heiress Liliane Bettencourt during his successful 2007 presidential campaign.

A case based on tapped phone conversations

The state's case was based on wiretaps of conversations between Herzog and Sarkozy, with prosecutors accusing him of "using secret telephone lines" to cover up his attempt to infiltrate the court.

Prosecutor Céline Guillet said it had been established "with certainty" that judge Azibert transmitted confidential information about the Bettencourt case to his friend Herzog.

One conversation "overwhelmingly" showed that Sarkozy had promised to intervene to get Azibert a post in Monaco, she said.

Sarkozy's lawyer Jacqueline Laffont lashed out at the flaws and "emptiness" of the prosecutor's accusations, with the defence also claiming that the tapped conversations had been just "chats between friends".

Even a failed attempt at corruption is a crime

Azibert, who was a senior adviser at France's highest appeals court at the time, never got the job in Monaco.

Sarkozy's lawyers argued this pointed to the absence of corruption, but prosecutors said French law makes no distinction between a successful attempt at corruption and a failed one.

Nicolas Sarkozy will face another trial later this month along with 13 other people on charges related to the alleged illegal financing of his 2012 presidential campaign.