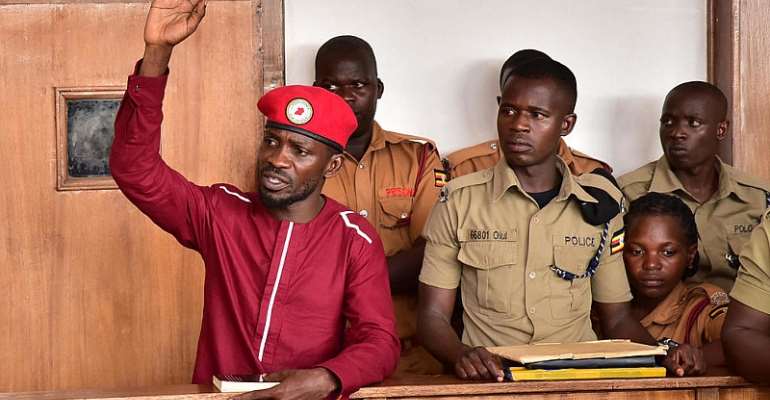 Ugandan opposition leader Bobi Wine has pulled his challenge to the country's presidential election, saying he cannot trust the Supreme Court's judges to be unbiased.

Singer-turned-politician Wine had filed 53 points arguing that Uganda's January election was rigged and not free or fair.

“We are withdrawing from the courts but we are not opting for violence,” said Wine, local media reported.

Bobi Wine was threatened with significant court costs if he did go ahead and withdraw the petition challenging President Yoweri Museveni's election victory, according to a lawyer for the ruling National Resistance Movement, as reported by the Daily Monitor.

Oscar Kihika, head of the NRM's legal department, said they would “go after” Wine, real name Robert Kyagulanyi, for the cost of preparing and responding to the election petition.

'Rigged' elections
Wine had rejected the results from the polls, which handed Museveni a sixth term in office, describing the election as a “complete sham”.

Museveni has ruled Uganda since 1986 and previous legal challenges to his election victories by past candidates have not been successful.

Wine, who attracts a significant following amongst Uganda's youth, was arrested during the election campaign, and human rights organisations complained about harassment and arrests of the opposition, attacks on the media and scores of deaths.

A lawyer acting for Wine told the Daily Monitor that his client would not have a problem with paying associated court costs.

Wine's legal team had requested that some of the judges at the Supreme Court recuse themselves from the case, but they refused to do so.