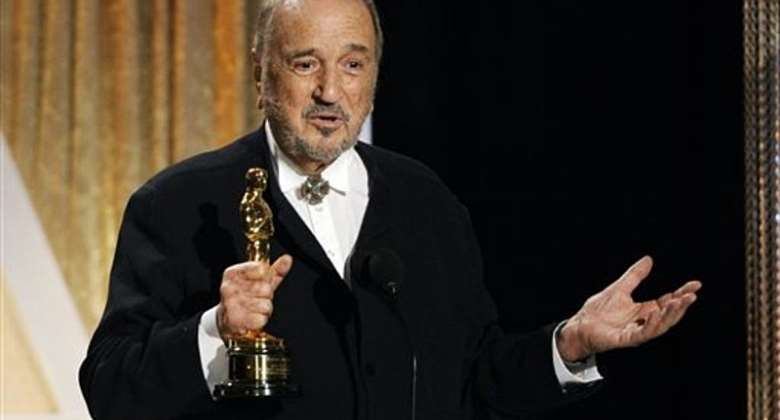 French writer and screenwriter Jean-Claude Carrière, who penned some of the most memorable movies of the last six decades including "The Tin Drum" and "Cyrano de Bergerac", has died at the age of 89, his daughter said.

A prolific writer, Carrière, best known for his work with Luis Bunuel and Milos Forman, created some of the most memorable scenes in European cinema.

Belle de Jour was one of the fruits of his 19-year collaboration with the subversive Spanish director Luis Bunuel, who revelled in shocking audiences.

The pair won an Oscar in 1972 for The Discreet Charm of the Bourgeoisie, adding to the Oscar Carrière had won in 1963 for best short film.

Fascinated by philosophy and belief

Carrière's work ranged across cultures, religions and historical periods, from Cyrano de Bergerac (1990) -- for which Gérard Depardieu gave one of the performances of his career -- to Milan Kundera's The Unbearable Lightness of Being (1988) with Daniel Day-Lewis, to writing a book with the Dalai Lama.

Even though he described himself as "radically atheist", he was fascinated by philosophy and belief and wrote about Islam, Buddhism, Hinduism and Christianity.

His most famous novel, The Valladolid Debate, also embraced morality and colonialism, recounting how the Spanish conquerers of the New World argued over how its indigenous people should be treated.

In between winning another Oscar and the Palme d'Or at Cannes for his adaption of Gunter Grass's novel The Tin Drum, he also translated Persian poetry wife his wife, the Iranian writer Nahal Tajadod.

He was also nominated for another Oscar for his screenplay for The Unbearable Lightness of Being and won a French Cesar in 1983 for the haunting The Return of Martin Guerre, starring Depardieu.

Although Carrière regarded himself as a simple storyteller, he also enjoyed frequent appearances in front of the camera, with roles opposite Juliette Greco, Brigitte Bardot and Jeanne Moreau.

Given the breath of his work, when he was given an honorary Oscar in 2014 it was not just for his 80 or so screenplays but also his books of essays, fiction, translations and interviews.

One of his final films, At Eternity's Gate about the artist Vincent Van Gogh's final months, was nominated for another, with Carrière determined to prove that the painter did not kill himself.

The Cannes film festival's former president Gilles Jacob led the tributes, praising his "phenomenal humanity and learning" and saying that Carrière was France's finest screenwriter ever.

"You were the boss," he added.

From Bunuel to the Dalai Lama

Born on 17 September, 1931 into a family of winegrowers in the South of France, his parents moved near Paris in 1945 to open a cafe.

A star pupil, Carrière went on to study at one of France's elite Grandes Ecoles. By 26, he had written his first novel.

He said he enjoyed being at the service of a director and slipping into their way of thinking.

"I have no ego," he once said.
He put down his success to chance "meetings, friendships and life teachers" from the Dalai Lama to the great surrealist Bunuel, whose work he never tired to champion even as it fell out of fashion.

One key encounter was with acclaimed British director Peter Brook with whom he adapted the Sanskrit Hindu epic the Mahabharata for the stage and screen.

When its play version was performed at the Avignon festival in 1985, it ran for nine hours to an astonished crowd.

"Watching it, forgetting I was the one who wrote it, was one of the great joys in my life," Carrière said.

Despite the coronavirus restrictions, a tribute will be held for him in Paris, his daughter said, and he will be buried in his native village in Colombières-sur-Orb near Béziers in the south of France.