Contempt of Court  is arbitrary, tyrannical, and unreasonable 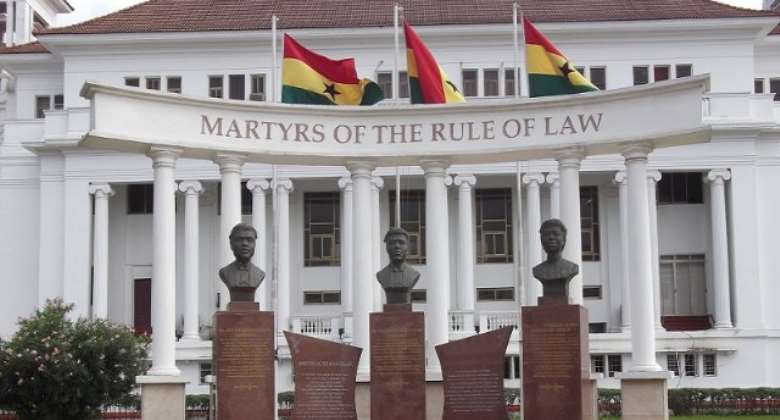 Contempt of court in my view has no relevance in a modern democracy. It has completely outlived its relevance in modern jurisprudence and must either be trashed or clipped.

It does not only obstruct or impede judicial accountability but also reinforces judicial arrogance and ignorance in the manner justice is dispensed. Contempt of court seeks to shield judges from accountability in the discharge of their constitutionally imposed responsibility.. .... and has nothing to do with safeguarding its independence.

There's a distinct line between Judicial independence and Judicial accountability, which we can discuss some other time.

The fact is, we cannot grow oblivious of this reality ... because the greatest treasure of a man is his freedom and liberty and that's what judges take away ..... and we cannot continue to live under the illusion that, freedoms and liberties can be denied without questions or accountability especially when one mirrors Ghana's situation into this discussion....judges were caught on camera receiving goats as bride to twist the hand of justice.

Contempt of court ....in my view, is arbitrary, tyrannical and unreasonable and seeks to impose on us a medieval concept of law which has no reasonable foundation in modern democracy.

My difficulty is what it emboldens....judicial arrogance, unseen ignorance and the unwavering impunity that comes with it ... ....the reason myself and others have consistently argued... the need to shred it altogether or better still clip its wings by limiting it to the court room.... contempt outside the court is nothing but a product of speculative expedition and overreach of judicial arms into people's homes to deny them of responsible free speech.

The irony here is that...often cladded in their characteristic horse wig and colonial apparel, some judges grow emboldened under the illusion that they are the infallible Godlike figure on earth who wields unquestionable authority to punish others while others loose sight of the fact that they are mere humans just like anyone else and their interpretation of the laws are nothing more than personal opinions which can be right or wrong at any point in time...this explains why judges give different rulings on same case.

I have absolute respect for the Judiciary but I am also quite aware that respect can only be earned.....threatening people who seek to critically scrutinise the decisions of the court or speak to critical issues of concern on matters under adjudication only drives us back to the heydays of the British Monarchs who intimidated their subjects and coerced them into accepting their rulings on cases either right or wrong without questions.

Reinventing such nonsense is what this concept of contempt enforces and I'm shocked many have accepted the situation with ease and calm despite stiff opposition in others jurisdictions to have this monster called contempt tamed indefinitely.

In the wisdom of our constitutional framers in granting absolute independence to the Judiciary, they did not envisage that independence would mean.... "no accountability in the discharge of individual responsibilities" ... In a modern democracy, reverence of the court can only be a by product of a good job done by the court and nothing more, nothing less.

There's the need to find the missing balance between the unffetted Judicial independence often spoken of and accountability in the discharge of individual responsibilities and doing so, it is imperative to recognise the need to away with or clip the wings of contempt of court.

Our criticisms will only make the system better ! ......A judge just like any person assigned a duty by the people must be accountable at any point in time...

Worse of it all is that fact that, contempt of court is broad in concept, it is not reasonably defined in any definite form or structure, outlines no proper procedure for its hearing ....contempt of court is what the judge says it is and punishes as such. ....by same judge ....how unreasonable can this be in modern jurisprudence.