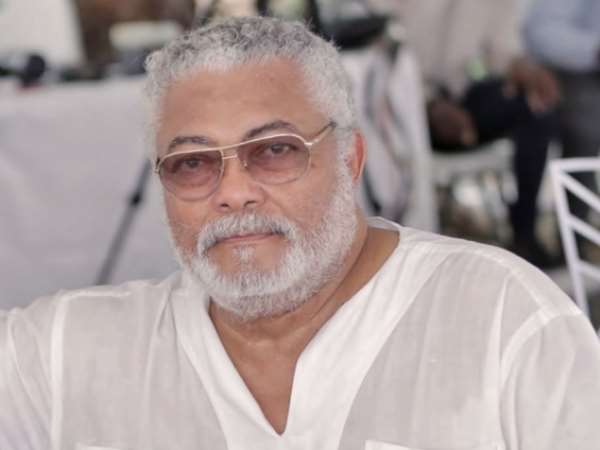 Flt. Lt. Jerry John Rawlings, Ghana’s longest serving political ruler from the 1970s to early 2000s had died and his funeral is currently underway. In the acceptable natural order and according to Ghanaian custom, he will be buried today to rest with his ancestors in eternity.

This article is to recount one of the numerous attempts in the 1980s to overthrow the Rawlings-led Provisional National Defense Council (PNDC) Military Government of Ghana. That significant attempt with foreign to overthrow the PNDC Government has become known as The Nobistor Affair or Incident. It is however referred to as the Nobistor Affair throughout this piece. Most part of the Nobistor Affair story was narrated by two American mercenaries (Timothy M. Carmody and Steven W. Hedrick) who escaped from prison in Brazil and returned to the United States.

The Nobistor Affair and Its Foil by the PNDC Administration

Pursuant to the Rawlings-led 31st December 1981 coup which overthrew the Third Republican (1979) Constitution and President Hilla Limman Administration, all political parties including the Joseph Henry Mensah formed Ghana Democratic Movement (GDM) were banned. J.H. Mensah who would later become Senior Minister in the Kufuor Administration, was the Finance Minister in the Busia (Progress Party) Administration in the Second Republic which lasted from 1969 to 1972. After the overthrow of the Busia Administration, J.H. Mensah was jailed twice by the National Redemption Council (NRC) in 1975 and released in 1978. Despite the fact that he was banned from taking part in political activities in 1979, he was active in the 1979 elections as a member of the Popular Front Party. J.H. Mensah was linked to the Nobistor Affair.

The headquarters of GDM which was formed in April 1984 was London. The GDM advocated for the return to democratic rule. Among other things, the GDM alleged that the PNDC Administration was involved in widespread human right abuses in Ghana. Indeed, the vicissitudes of the revolutionary operations had led to human right abuses, some of which were later documented in the National Reconciliation Report.

Consequently, several dissidents led by Godwin Mawuli Kofi Dra-Goka and Eric Goka allegedly served as couriers between Lome and Accra while the likes of J.H. Mensah and Geoffrey Osei were also planning with external forces to attack the PNDC from outside the country as Macduff does to Macbeth on Dunsinane Hill. The PNDC Administration had therefore arrested and held seven coup plotters in detention and subsequently executed by firing squad. It was alleged that they planned to kill Rawlings and several of his closest associates.

Then followed another aborted coup plot by Ghanaian dissidents, eight American mercenaries and one Argentine aboard a ship called the MV Nobistor. The destination of the ship was Ghana and it was loaded with six tons of 70 FAL riffles, submachine guns, hand grenades, revolvers and ammunitions. In March 1986, the Nobistor diverted course and anchored at a small port, about 20 miles east of Rio de Janeiro in Brazil because the mercenaries became aware that the PNDC authorities in Ghana got intelligence about the voyage. The Brazilian Police arrested those aboard when they discovered that the Nobistor was transporting weapons and anchored in Brazilian territorial waters without permission hence they were found guilty on charges of arms contraband. Put together, the arms being transported were worth $1 million at the time.

Having found the arrested mercenaries guilty therefore, the Brazilian Federal Court sentenced both the Nobistor captain (Eduardo Gilardoni) and the American contingent leader (John Dee Early) to five years imprisonment in June 1986 in the most dangerous prison. The seven other mercenaries were jailed for four years each. Two of the mercenaries disclosed that they believed the Ghana-bound Nobistor voyage was a plan sanctioned by the President Reagan-led United States Government with the Ghanaian dissident by name Godfrey Osei acting as the torchbearer.

Mr. osei had already led a failed coup attempt in Ghana in 1983 against the same PNDC Administration it sought to overthrow with the Nobistor voyage. However, Mr. Osei was not captured with the mercenaries. According to the mercenaries, the plan was for them to meet about 80 of Mr. Osei’s supporters in Accra and attack the seat of Government (Osu Castle) while their American accomplices would free Ghanaian nationals jailed in various prisons across the country, starting from the Accra. These Ghanaian nationals were jailed because it was alleged that they were working secretly for the Central Intelligence Agency (CIA). As part of the plan, Mr. Osei was to become the Head of State after the overthrow of Jerry John Rawlings. However, George Lauder, a C.I.A. spokesman rubbished the claims of the two mercenaries.

Even though arms-smuggling charges on which the mercenaries were convicted were later overturned by a Brazilian appeals court, four of the eight American mercenaries escaped earlier from prison in Brazil on 15th December 1986. This was before they could be extradited to Argentina from where the arms were purchased and where they faced charges of illegally exporting military materials. It was alleged that one jailed mercenary’s wife placed a hacksaw blade in bread and sent to the husband, which blade was used in cutting the prison windows for the escape. Even that, some of the jailed mercenaries (John Early, Robert E. Foti, Julio Rodriguez Larrazabal and Steven Villa Sosa) could not escape.

Meanwhile, earlier in December 1985, the American custom authorities arrested three Ghanaians namely J.H. Mensah, John Boateng and Kwasi Baidoo for arranging to buy large quantities of arms for shipment abroad. On December 2, 1985, The New York Times reported under the caption, “Three Ghanaians Charged with Arms-Export Plot". The three men were found to be members of J.H. Mensah founded GDM. They were charged with conspiracy to violate and violating US customs regulations.

It was trite knowledge at the time that the PNDC had several reasons to fear coup plotters because they discovered between 1982 and 1989 that there were more than 20 coup plots and attempted coups and most of them had the ultimate aim of assassinating Jerry John Rawlings who was the Chairman of the PNDC. The PNDC Administration was convinced that the foreign nature of the Nobistor plot and many others in the past that numerous Ghanaian dissidents were working in unison with the foreign intelligence agencies and powers.

According to Dr. Obed Asamoah who was the PNDC Secretary for Foreign Affairs, the Government was implementing a two-track policy, which resulted in getting swift intelligence regarding the 1986 Accra-bound Nobistor voyage.

In fact, most of the mercenaries arrested in Brazil alleged that the Reagan-led American Administration (January 20, 1981 to January 20, 1989) hired them to execute the coup to overthrow Rawlings and replace him with Godfrey Osei, the Ghanaian dissident who escaped from a Ghanaian prison in 1983 and who had lived in the United States since then.

Somehow, the Nobistor Affair initially soiled the bilateral relations between Ghana and the US but by 1987, relationship between the two countries improved. Perhaps the relationship further improved considerably by the arrest and trial of J.H. Mensah and two others in the United States for attempting to purchase military equipment that included machine guns.

Even though Jerry John Rawlings entered politics with the gun, the gun could not remove him from power until he returned the country to democratic rule in 1992, contested for presidential elections and won two terms (7th January, 1993 to 6th January 2000). In fact, not even the alleged CIA sanctioned Nobistor Affair could topple the Rawlings-led PNDC. He triumphed.

Jerry John Rawlings who could be described as the father of modern democracy in Ghana, was a Marxist leader who cared for the have-nots. He was a giant well inscribed in golden letters in the history books of Ghana. Even though an Ewe, he transcended tribal affiliation in Ghana. He was a man of the people. He was for every tribe.

Apart from being the longest serving political leader and the only military junta who returned the country to democratic rule, he was the most charismatic leader after Osagyefo Dr. Kwame Nkrumah.

Jerry John Rawlings, may your gentle soul be comforted by the Lord God and may the redemptive blood of Jesus wash away your sins on earth as you were not perfect while on earth.