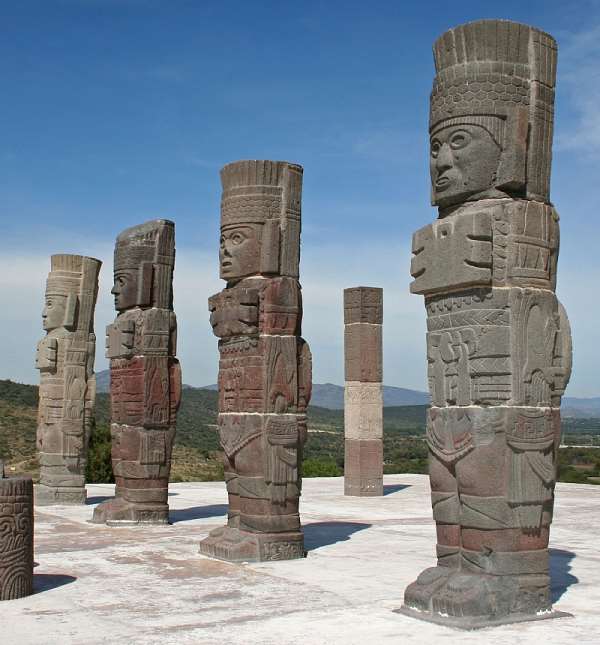 The term Mesoamerica was derived from the Greek which means “Middle America”. It refers to the geographical area which extends its boundaries from Central Mexico through Central America including present-day territories or countries like Honduras, Belize, El Salvador and Guatemala. It is partially seen in North America but mainly encircles or encompasses a larger portion of Central America. Some of the civilizations that developed in this region included Olmecs, Zapotecs, Teotihuacanos, Mayas, and Aztecs, but the most known by many people is the Olmec, Maya and Aztec Civilizations. These cultures succeeded in developing complex societies, advanced level of technological know-how and constructed enormous buildings. These civilizations shared the same cultures as a diet based on corn and squash, myths of origin, calendar, writing systems, religious beliefs and sacrifices, as one emerged after the other.

The first civilization to have developed in the Central and Northern America emerged during 1200 BC in the Coastal parts of the Southern part of the Gulf Mexico. This civilization is termed as the Olmec civilization. It was earlier discovered at a site called San Lorenzo.

Initially, the prosperity of the Olmec civilization was based on the exploitation of fertile lands and well-watered coastal areas of the Gulf of Mexico, which these lands were used to grow crops such as corn and beans –mostly twice a year. This practice paved way for agricultural surpluses where these surpluses were sold to other people in the region. They also gathered locally supplied plant foods such as nuts, and sea life (which included clams and turtles).

By 1200 BC, urban centres had emerged at San Lorenzo, La Venta etc. These cities were well developed with fantastic architectural designs which could be seen in their palace buildings (the Red Palace with red floors), playgrounds (an early ball court), carved basalt drains, etc. San Lorenzo reached its peak of flourishment between 1200 and 900 BCE. San Lorenzo, before its decline, had a better strategic position free from floods which enabled it to control local trade. Some Olmec trade goods included serpentine, mica, rubber, pottery, feathers, polish mirrors. The fall of San Lorenzo was the rise of La Venta.

La Venta, which was near Veracruz, by 900 BCE had developed to become the next capital of the Olmecs which had a population of about 1800. In all the cities attention was given to its architectural designs. At La Venta was the first pyramid was constructed in the Mesoamerican region. La Venta could boast of pre-eminent architectural designs and layouts of its religious centres. The concept of climbing up to a place of religious significance becomes the central theme of pre-Columbian architecture.

Its natural conclusion is the pyramid, with steps by which priests and pilgrims climb to the top (unlike the smooth-sided tomb pyramids of Egypt). – for example, buildings were placed symmetrically along a north-south axis with four colossal heads facing toward key directions. These colossal heads are believed to have acted as guardians to the complex. The city of La Venta also suffered systematically and deliberated destruction between 400 and 300 BCE.

The Olmecs were a polytheistic group of people who believed in many other gods that were seen as controlling the natural forces of life. The gods were in a human-like form but very frightful. An example is the were-jaguar which was a cross between human and jaguar. In most cases, the names of the Olmec gods are represented with numbers instead of names due to the sketchy nature of information about the Olmec religion. But some names have been figured out with their numbers, some of which included the Olmec Dragon (god I), the Maize deity (god 2), Rain Spirit and Were Jaguar (god III), Banded-eye god (god IV), and the Feathered Serpent (god V) etc.

They also gave special significance to the animals present in their locality, especially those at the top of the food chain, eagles, jaguars, snakes, which were identified as divine beings with the belief that some of their powerful rulers could transform into such animals. The religious activities of the Olmec were mainly performed by their rulers, priests, and shamans. The rulers were seemingly the most important religious figures because of their links with their deities which provides legitimacy for their rulership. The Olmec also practised human sacrifices which took grounds in the subsequent Mesoamerican civilizations.

The Olmecs were good artists and sculptors during the ancient times and are up to date remembered for their monumental stoneworks, architecture and cave paintings. It can be said that the Olmecs were quite ahead of their time prior to the striking artistic designs even though little of their works are found today. A typical and well-known example of the Olmec sculptural work was the Olmec Colossal Head and other artistic works which were of religious and political importance.

One of the most surviving Olmec art is the colossal heads. These heads are carved out of basalt boulders which were extracted or mined from a place far away from where the heads were carved. They are very huge stone heads, more than two meters in height, of square jaws and fat-lipped warriors these heads, depict male heads mostly wearing helmets. About 17 of these heads have been discovered, ten were discovered at San Lorenzo that are believed to have depicted individual

kings and rulers. The current largest Colossal head found by archaeologists in the La Cobata archaeological site is about 10 feet tall and weighs about 40 tons.

There are several examples of monumental Olmec arts like the huge colossal heads and statues. There are also countless other smaller pieces of their artworks which include mini statues, celts (celts are small pieces of designs mostly shaped like an axe head), figurines, masks and ornaments. “The Wrestler” is a smaller statue of the Olmec which is one of the famous or well-known smaller pieces of the Olmec artwork. The Wrestler is a depiction of a cross-legged man with his arms in the air. Another monument was a life-size “baby” figurine usually depicting infantile gestures. The Olmec also were a good mask producer which were used for adornment. A typical example is the jade mask. In the Olmec culture, the mask was considered an icon of transformation. It makes visible the charismatic and shamanic power of the wearer; who was either a ruler or shaman.

It can be concluded that the first-ever Mesoamerican civilization which was said to have developed around 1200 BCE in the Coastal areas of the Southern part of Mexico became the “the mother culture” of the subsequent civilizations that emerged in the Mesoamerica especially when it comes to their religion where for instance which later transformed into the major god of the Aztecs (Quetzalcoatl) and the production and usage of the jade masks.