History, an Art, Not Exact Science 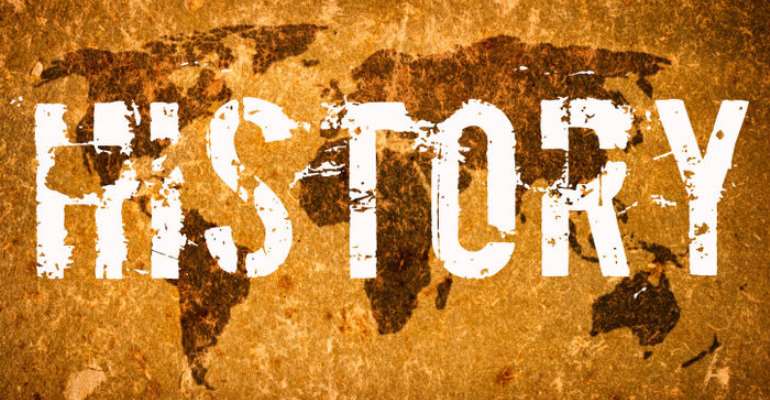 "Historia," is a Greek word which means “information or enquiry designed to elicit truth” begot the English word "History". It can therefore be defined as the systematic recording of remarkable past events and their impacts on the present. History considers a more conceivable enlightenment of the present; the potential outcomes of our future; and the extravagant genealogy under an essential past that molds and shapes the result of countries, the numerous customs and our human undertakings. History is generally significant in occasions when the mysteries of the current day can be followed back to its underlying causes or powerful synergist occasions of the past. The process of reconstructing historical events has been argued by some other scholars as being a science, whilst some other scholars do argue that the study and processes of history can be seen or designated as art. These arguments have been in existence for a longer period and it remains opinionated. By this, history being an art or a science is dependent on the educational inclination or some other preconceived ideas and knowledge of the arguer. For example, John Lukacs argues that it is not a science at all, because history is almost never definitive. At the point when history attempts to depict how a group of individuals lived (instead of basically listing realities about a state), it is artistic as opposed to a logical undertaking, on the grounds that the historian is attempting to reconstruct why they lived the manner in which they did It is also obvious that it can be a science and an art but this article without taking side explains the view that history can be viewed as an art but not an exact science.

History can be termed as art because, there is a problem with prediction or forecasting, the manner of the use of technical terms, the approaches to the study of materials, and varied content of history.

The problem of forecasting and prediction becomes one of the features that make history an art instead of an exact science. This is due to the fact that in the exact sciences, the scientist, even before attempting an experiment can make predictions which comes with a higher level of certainty but in historical terms, it is not like that. For instance, Professor Allotey, a renowned mathematician predicted the exact time in which the 2006 solar eclipse would happen and truly it happened as it was forecasted. On the other hand, in the case of history, prediction cannot be done since there is the element of free-will. With this, behaviors of people in a geographical area can fluctuate over time, there it becomes impossible to predict the future.

The manner of the use of technical terms is also a part of why history can be an art. The sciences make use of special or scientifically recognized terms and such terms are strictly used by scientists around the globe each of the terms refers to a specific element of the sciences across the globe. Typical examples of some scientific terms include Degree Celsius (_), Kilogram (Kg), etc. But in the reconstruction of historical events, it is not the same here because there is the usage of general language which has different meanings in other disciplines or fields of study. Also, some terms are being borrowed from other disciplines and fields of study such as anthropology, economics, political sciences, geography, sociology etc. A word such as "inflation" in history is a borrowed word from Economics, "governance" from the political sciences and the like.

Another is the approaches to the study of materials. Taking a good look at the activities in the exact sciences, the scientists work directly with and on the materials in the laboratory where in contrast the historian indirectly relies on the traces or the relics left behind by past civilizations. For instance, an event being narrated or recounted by someone may or may not be the case especially if the information is from the secondary sources. Also, artefacts discovered by archaeologists are being explained by the archaeologists themselves which sometimes renders explanations about the artefacts false. It is also noted that both internal and external historical facts do not lend themselves to direct observation.

The varied content on the part of history renders it an art. Among the exact sciences, the contents are limited and follow the same body of knowledge in their unique ways. For instance, the content in biology is followed and observed all over the world and are uniform but in the reconstruction of historical events, in some areas, the content differs such that history has got many different themes even under a particular history of an event. Also, due to its variety in contents, studies into events are not uniform and information is gathered from different sources by different people of different orientations.

In the nutshell, it could be inferred that the study and recording of events it can be seen as an art instead of an exact science but this view is always directed to advocates or supporters of the view that history is an art.