Is It Sinful For Chrisrians To Drink Alcohol? (1) 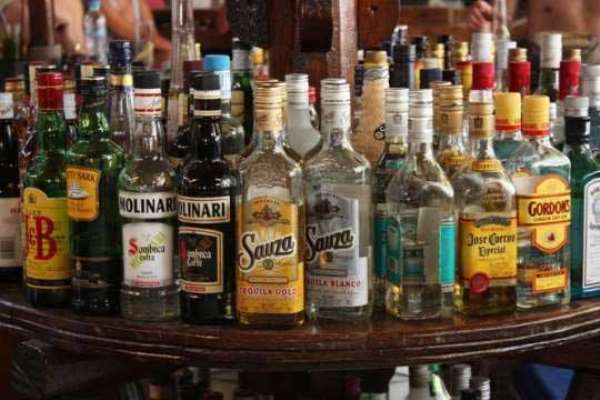 MOST PEOPLE particularly adults throughout the nations of the world drink alcoholic beverages. And some religions do not even regard alcohol consumption as problematic or sinful for their adherents.  But Christianity makes exclusive claims on its converts. Thus many ask whether it is sinful for Christians to drink alcohol or not.

To answer this question, there is the need for us to go directly into the Bible to study God’s dealings with people who walked with Him both in the Old and New Testaments in relation to alcoholic drinks. Studying God's Word objectively is necessary to establishing bare opinion of God. The Bible provides copious information on alcoholism or drunkenness for our instruction, learning and successful living.

In Genesis 9: 20, we read about Noah planting a vineyard, drinking its wine and becoming drunk. But is Noah’s desire to get drunk God’s perfect will and a model for all believers throughout generations to follow? Certainly not! When God appointed Aaron and his sons to the priestly office to serve in the temple, He forbade them drinking wine or strong drink.

“And the Lord spoke to Aaron, saying, “Drink no wine or strong drink, you or your sons with you, when you go into the tent of meeting, lest you die. It shall be a statute forever throughout your generations” (Leviticus 10: 9- 11).

You can see that God did not only warn His servants concerning alcohol drinking when going into the tent of meeting, but also spelt out its consequences – death. Yes, death! That was the Word of God to Aaron. But you may ask, why would Aaron die in the tent of meeting for merely drinking wine? Well, he could get drunk and commit abominable deeds against the commandments of God.

Moreover, in Proverbs 20: 1, it is written, “Wine is a mocker, strong drink a brawler, and whoever is led astray by it is not wise.” Two alcoholic drinks mentioned here are: “wine” and “strong drink.” Some versions of the Bible refer to them as “wine” and “beer”.

Here, also, we see that “wine” as the New Living Translation (NLT) of the Bible puts it, “produces mockers and alcohol leads to brawls.” In other words, scoffing and fighting are the consequences of alcohol consumption. But does that mean it is sinful or that God forbids His children drinking alcohol or even tasting it? In other words, does a Christian commit a sin by drinking alcoholic beverage?

Now, we have already considered God’s instruction to Aaron and his sons who were priests to Him under the Law. And two books of the New Testament also teach that Christians are priests to God through Christ Jesus under the dispensation of grace.

In 1 Peter 2: 9, it is written, “But you are a chosen race, a royal priesthood, a holy nation, a people for his own possession…” Then, in Revelation 1: 6, the Bible says Christ has “….made us kings and priests to his God and Father.” So, now, does God’s instruction regarding wine drinking to Aaron and his sons automatically apply to Christians too?

Here again, we need not go anywhere else for an answer except the Holy Bible which is the repository of knowledge and wisdom. A careful study of how the 1st century Christians taught and lived their lives gives us a clear understanding. Paul, the apostle, wrote plentifully about alcohol consumption to disciples of Christ, who lived in different communities.

First, in his pastoral letter to Timothy, spelling out qualifications for what is termed as the specially ordained ministers, Paul wrote that an overseer must “…not be a drunkard…” (1 Timothy 3: 3, ESV) And to the deacons, he wrote, “…not addicted to much wine…” (1 Timothy 3: 8). Other translations of the Bible reconstruct the expression, “not a drunkard” as “not given to drunkenness” (NIV), “He must not be a heavy drinker” (NLT) and “Not given to wine” (NKJV).

In another pastoral epistle Paul wrote repeating his instructions about pastoral qualifications to Titus, the apostle taught that, “For an overseer, as God’s steward, must be above reproach. He must not be…a drunkard…” (Titus 1: 7). To the overseers, the apostle implores them not to give themselves to wine or be addicted to it, and to the deacons, he warns them not to give themselves to much wine.

Now, several theological commentaries on the verses of Scripture given above agree that Paul, by his teaching, does not necessarily urge Christians to practise ascetic abstinence of alcohol drinking, but that they should do so in moderation when need be. And Paul does not specifically state that drinking or tasting alcoholic drink per se is sinful for a born again Christian.

Clearly, if drinking alcoholic drinks like wine or beer is sinful, then, Paul influenced young Timothy to commit a sin by counselling him to drink a little wine for a medicinal purpose. He wrote to Timothy: “No longer drink only water, but use a little wine for the sake of your stomach and your frequent ailments” (1Timothy 5: 23).

The expression “no longer drink only water” means “do not only drink water.” This means Timothy was not a drinker of wine; he abstained from wine ascetically. But he needed to take in a little wine not for pleasure, but for health. Timothy was asked to drink a little wine for a specific reason and obviously a season for the medicinal purpose of improving his health. This might be the appropriate use of alcohol. But the truth remains that Timothy did drink alcohol.

To be continued
[email protected]
By James Quansah