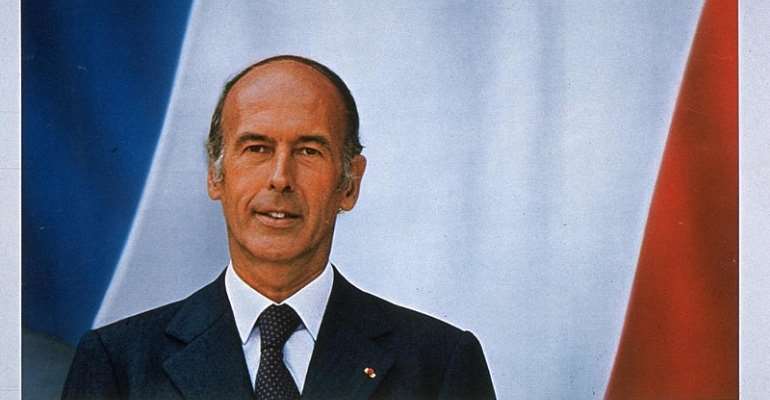 French former president Valéry Giscard d'Estaing led France between 1974 and 1981. He is credited with modernising this country, but a scandal involving African diamonds damaged his bid to stay in power.

The centre right politician, known in France as “VDE”, died of Covid-19 complications on Wednesday night at his home in the Loire valley.

He was just 47 when he defeated Socialist François Mitterrand to become France's youngest president since Louis Napoléon in 1848.

Giscard billed himself as a conservative with a taste for change.

“From now on, a new era in French politics begins,” he announced at his inauguration, proving the point by strolling down the Champs-Elysées on foot, skipping the usual motorcade.

He held monthly dinners with ordinary people, played the accordion, and had his official portrait printed in a less-than-regal landscape format.

Besides the change in image he quickly ushered in radical reforms: legalising abortion, lowering the voting age to 18, and introducing divorce through mutual consent.

On the economic front, he launched major infrastructure projects such as the high-speed TGV train and promoted nuclear power as France's main source of energy and a way of ensuring its independence.

In 1975 he invited the leaders of West Germany, Italy, Japan, the UK and the US to form the Group of Six major economic powers which went on (with the admission of Canada) to become the G7.

VDE was a proponent of greater European Union unity throughout his career, defending the idea of a “United States of Europe”.

He had strong European credentials: born in Koblenz in Germany, he fought with the French Résistance in World War II.

Along with former German Chancellor Helmut Schmidt, he helped create the European Monetary System and the European Council. He pushed for the first direct elections to the European Parliament in 1979.

Years later, in 2001, he was made head of the Convention on the Future of Europe which drafted the Treaty for a European Constitution, rejected by France in 2005.

Despite his achievements at home and on the continent, VGE lost the 1981 presidential election to Socialist François Mitterrand.

Economic recession, tension with his prime minister Jacques Chirac, and the second global oil crisis in 1979 all weakened VDE's support base.

He left office in a cloud of controversy after it was revealed in 1979 he had received a bag of diamonds from Central African Republic dictator Jean-Bédel Bokassa, a man he once referred to as “my dear cousin”.

The opposition used the scandal as an effective weapon against him during the election campaign.

VDE remained active on the political scene.
He regained his seat in Parliament in 1984 and led the centre-right Union pour la Démocratie Française (UDF).

In 2000 his proposal to reduce the length of the presidential term from seven to five years was accepted through referendum.

From 1981 to his death, he sat on the Constitutional Council, examining whether new laws were in accordance with the constitution.

Like some other French presidents, Valéry Giscard d'Estaing liked to write.

One of his romantic novels, The Princess and the President, centered on an affair between the French head of state and a fictional Princess of Cardiff, believed to have been based on Princess Diana.

In May this year, French prosecutors opened an investigation after a German female reporter accused VGE of sexual harassment during an interview in 2018.

The 94-year-old denied the charge and said he was very upset by the accusations.

In 2014, 40 years after his election, a poll suggested that 61 percent of the French thought he  had been “a good president”.

His last public appearance was in September 2019 at the funeral of Jacques Chirac.