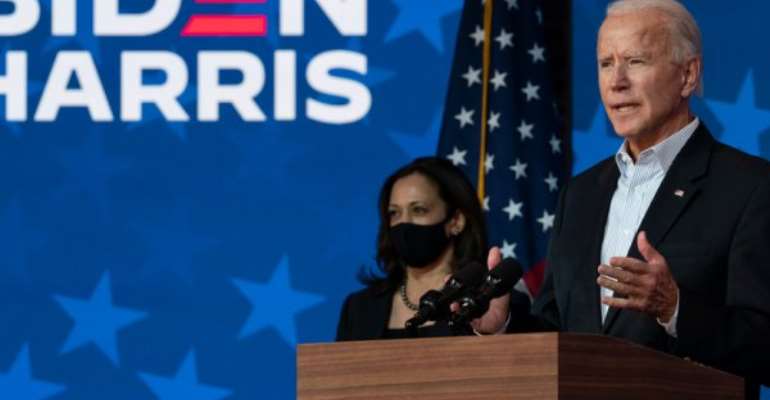 U.S federal agency that must sign off on the presidential transition told President-elect Joe Biden on Monday that he can formally begin the hand-over process.

“I take this role seriously and, because of recent developments involving legal challenges and certifications of election results, am transmitting this letter today to make those resources and services available to you,” General Services Administration chief Emily Murphy wrote in a letter to Biden.

U.S. President Donald Trump wrote on Twitter that he was recommending that Murphy and her team “do what needs to be done with regard to initial protocols, and have told my team to do the same.”

Lawmakers and business executives have put pressure on the little-known federal agency to recognize the Nov. 3 election results and free up millions of dollars in federal funds, office space and briefings for Biden's team.

The GSA had said Murphy, who was appointed to her job by Trump in 2017, would “ascertain” or formally approve, the transition when the winner was clear.

“Contrary to media reports and insinuations, my decision was not made out of fear or favoritism,” Murphy wrote.

Trump has repeatedly falsely claimed he won the race and has spent weeks offering baseless claims of widespread voter fraud that have repeatedly failed to gain traction in the courts.

The Presidential Transition Act of 1963 provides no firm deadline for the GSA to act, but the agency has historically acted once media organizations call a winner, which happened on Nov. 7.

Biden is due to take office on Jan. 20 after having won the election with enough state-by-state electoral votes to secure the Electoral College win. The Democrat leads in the national popular vote by more than 6 million. Trump's fellow Republicans have slowly broken from the president in recent days to urge the transition process to start.