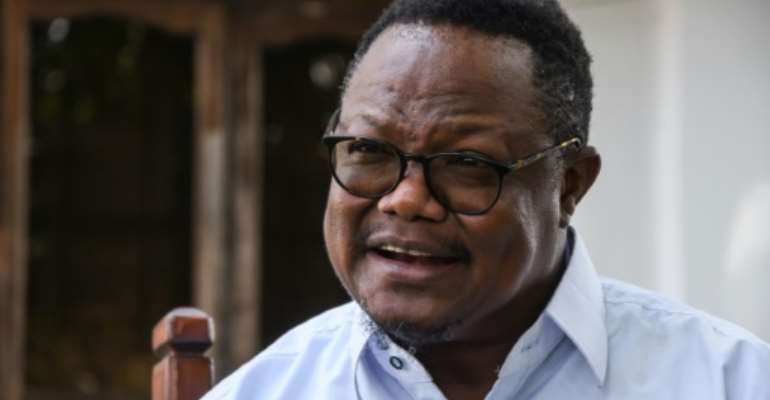 Scores of opposition supporters have been arrested in a crackdown launched after the October 28 vote by incumbent president John Magufuli's government, including briefly Lissu.

In a short text message, Lissu told AFP he had flown to Belgium via Addis Ababa and Vienna. There were no other details.

Lissu had been sheltering at the German embassy in Tanzania since November 2, his wife Alicia had told AFP.

The US ambassador to Tanzania, Donald Wright, said Lissu had left Tanzania "to seek medical treatment abroad" but a law firm acting for Lissu described this as "entirely false".

Asked by AFP before his departure whether he was leaving for health or security reasons, Lissu said "both".

Lissu, 52, returned to Tanzania in July after spending three years abroad recovering from an assassination attempt he believes was politically motivated, in which he was shot 16 times.

Magufuli won a crushing 84 percent of the vote, in an ballot that the opposition says was stained by massive fraud, and his party took 97 percent of the parliamentary seats up for grabs.

Lissu was the main opposition challenger but officially won just 13 percent of the vote, while popular opposition MPs lost seats in key strongholds.

The opposition called for street demonstrations against the results, but their leaders were swiftly detained and a heavy security presence deterred potential protest action.

Lissu was himself detained and questioned after dismissing the election as a sham.

You have no authority to banish, kill anyone for being gay; ...
3 hours ago