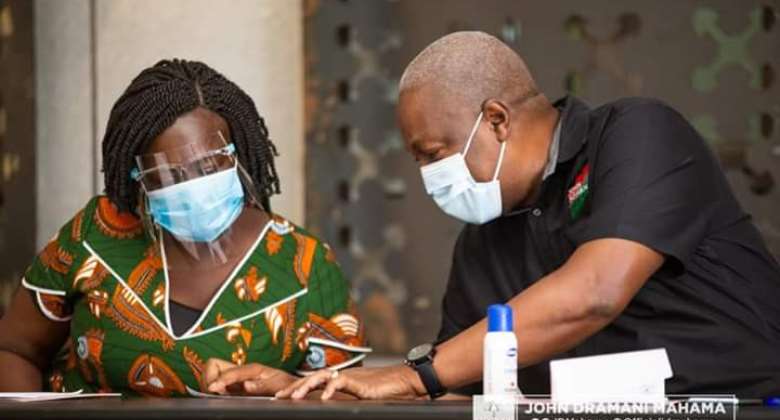 The ruling New Patriotic Party (NPP) branch of Germany, led by its Communications Director, Nana Boateng, is asking former President Mahama to do himself some honour by keeping quiet since he lacks the moral right to criticise the good policies of the Akufo-Addo-led government.

According to Nana Boateng, during his term as President under the main opposition NDC, a lot of marriages, jobs, and businesses collapsed; young Ghanaians couldn't make meaningful lives to even start a family or even get married as a result of unbearable economic hardship visited on Ghanaians.

Nana Boateng made these statements in a viral video making rounds on social media.

"Ghanaians are seeing the good works of Nana Addo-Dankwa Akufo-Addo and are still keeping memories of the John Mahama hardship and 4 years of power cuts 'Dumsor' that your government and the NDC brought upon Ghanaians.

...Many young Ghanaians couldn't make any meaningful economic lives; marriages collapsed because husbands couldn't feed their families, and you are now walking around talking big and anyhow and making all kinds of inconsistent promises," Nana Boateng fired.

He said it is sad to hear a former president talk and sound as if he has never occupied the seat of government before while throwing around all kinds of unrealistic and more confusing promises.

"Nana Akufo-Addo and the NPP have delivered unprecedented policies including the almighty FREE SHS which has brought a big relief to Ghanaians and parents. Also, we have the NABCO policy which has offered jobs to unemployed graduates. The Ghanaian people are enjoying free water, free electricity among other critical policies. John Mahama should just shut up if he has nothing to campaign for," the NPP Germany Communications Director stated.

He appealed to Ghanaians to vote massively for President Akufo-Addo and all NPP Parliamentary Candidates to continue the massive life-changing policies and governance of the NPP.