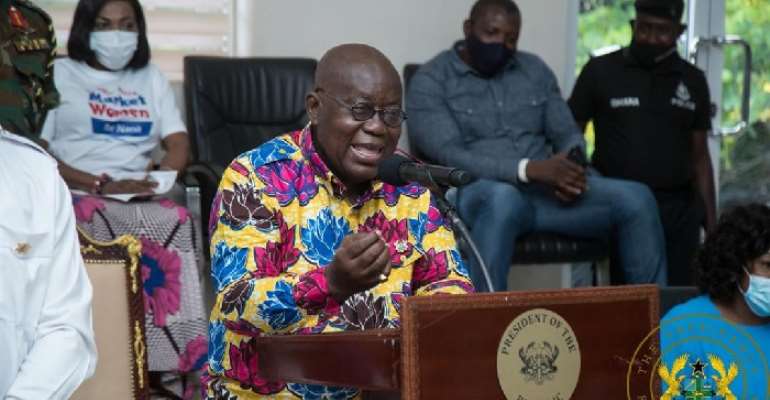 “Let me also indicate to you my commitment to establishing a Committee, God willing, early next year, to take a comprehensive look at the issue to do with the compulsory acquisition of lands by Government, its consequences and the possible restoration of lands to their allodial owners.”

These were the words of President Nana Addo Dankwa Akufo-Addo, on Thursday, 29th October 2020, when he addressed the Greater Accra Regional House of Chiefs, as part of his tour of the Region.

Addressing the House, President Akufo-Addo stated that “the Committee will make appropriate recommendations for the decision of Government. With a few weeks to the holding of the elections, the setting up of this Committee this year may not be feasible.” 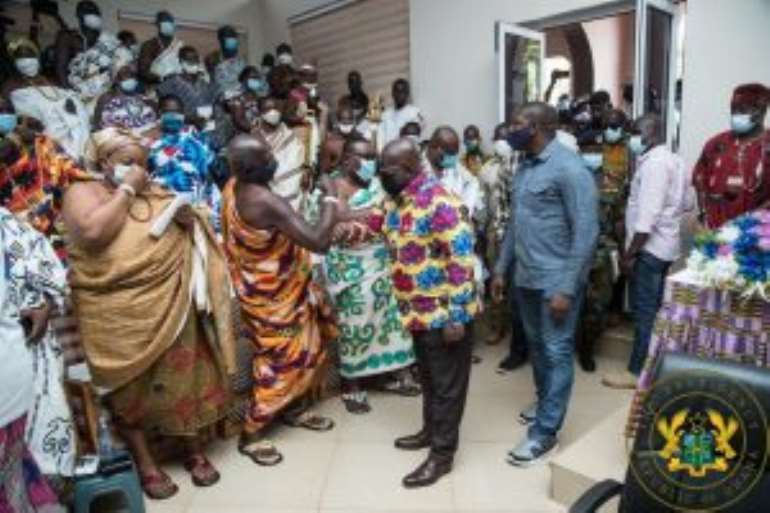 However, as a sign of his commitment to this, the President tasked the Minister for Chieftaincy and Religious Affairs “to begin stakeholder consultations with the House, so an agreement can be reached on the composition of this Committee and its Terms of Reference.”

He reassured the House that his Government will continue to support the Chieftaincy institution so it can be strong and resilient, indicating that six new office complex and bungalows would be provided the six newly constituted Regional Houses of Chiefs. 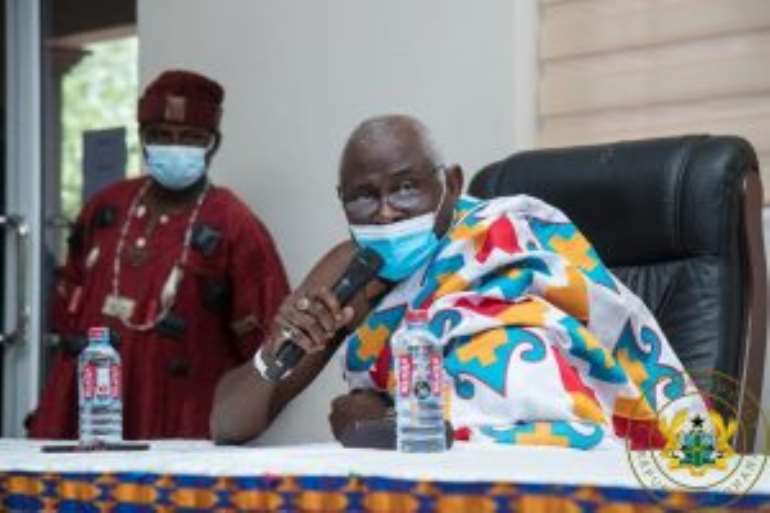 “Additionally, as I have said, we would strive to give to the institution the requisite support to resolve chieftaincy matters, and carry out research in the many areas of relevance to curb chieftaincy related conflicts,” he stressed.

With five (5) weeks to the holding of the December 7 elections, President Akufo-Addo assured the House of the wholehearted efforts that are being made by Government to guarantee the peace and stability of the nation.

“Ghana has rightly earned a reputation as the pacesetter in democratic governance on the continent, a reputation I am determined to uphold, and, indeed, enhance prior to, during and after the 7th December elections,” he said. 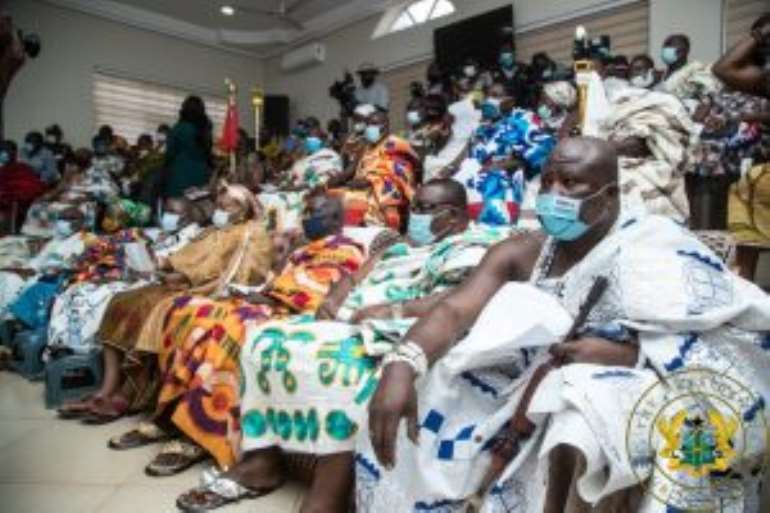 President Akufo-Addo continued, “I would need, of course, your full collaboration and co-operation to help attain this end. We cannot afford a repetition of the deplorable events that took place recently at Odododiodio. We have all to work together to create the environment that will allow the Ghanaian people to make their decision on 7th December in freedom, peace and security. It is their right.”

The hospitals, he indicated, will have a 100-bed capacity, fully equipped, with appropriate accommodation for medical personnel, i.e. doctors and staff.

Giving an account of the work undertaken by Government in the Greater Accra Region over the course of his tenure of office, President Akufo-Addo told the House that “there are 847 projects being executed in the Region, with 423 completed, and the remaining 424 ongoing”.

Out of the 423 completed projects, 87 are in the educational sector, 17 in the health sector, 173 in the roads sector, 74 in the water and sanitation sector, 25 in the industrial sector, and 10 market projects.

Of the 424 ongoing projects, 92 in the educational sector, 18 in the health sector, 54 in the roads sector, 113 in the water and sanitation sector, 20 in the industrial sector, and 19 market projects.