Beware Of The Chicanery Of Partisanship 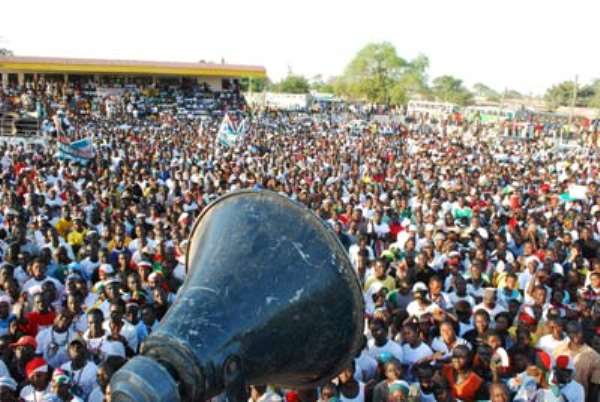 It would be weird to harbour the idea that affiliations made to political parties are inane. Everyone has a particular party he is committed to; either politics, social or a religious organization.

Ever since politics started grazing on our arable land, its staunchest members have made the prospects of the occupants of the land marginalized. Thereby making their season more seemingly evil than good.

These political apparatchiks are eagerly swift to buttress the unjustifiable political humdrum stemming from their camp. They look very dogmatic with their convictions and submissions. Unfortunately, that wean them off from being analytically outstanding and behaviorally astounding.

Most of them, prior to the advent of their political career, were sagaciously cultured. And their traits, worth emulating. After they got baptized and started dining with those whose concerns are not to make the land they have grazed cultivable to its custodians again, they stooped to #partisanship . Look around, you would evidently see its ramifications.

Interestingly, people like Dr. Osei Kwame Despite and Dr. Daniel McKorley are busily erecting social amenities to make the society a better place, these party 'faithfuls' are going from television station to radio stations just to cause innuendos and sow seeds of discord between the custodians. Sometimes, it is so laughable when they try to paint something black, though it is glaringly white. And they would sheepishly ask, “I hope you understand?" even though they know they are not making any sense with their submission. It is very appalling.

We are not chagrined because of harvesting "noko fio" which serves as the political produce from our farmland. And this has become the fulcrum for the partisan brouhaha. But should we die so hard for our parties, if it is not at the advantage of the people at large? Ideally, no one was created to worship political parties. So be cautioned!

It is high time we conscientized ourselves, as citizens. Lest, George Orwell’s saying that “a people who elect corrupt politicians, imposters, traitors, thieves are not victims, but accomplices", would soon be glaring.