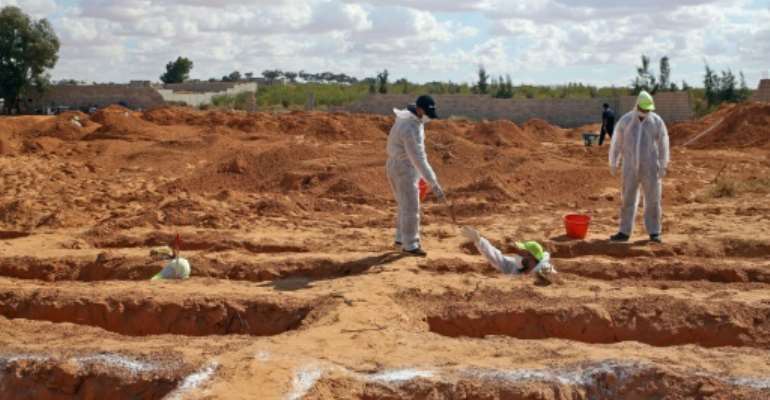 Human Rights Watch on Thursday said justice and accountability for crimes carried out during Libya's years-long conflict was "key", after the two main rival sides signed a ceasefire agreement.

The Tripoli-based Government of National Accord (GNA) and forces led by eastern military commander Khalifa Haftar on Friday signed a "permanent ceasefire" accord, after UN-sponsored talks in Geneva.

Friday's deal came four months after Haftar's Russian- and Emirati-backed forces gave up their year-long attempt to seize the capital, a battle that killed hundreds of people and displaced tens of thousands.

Dozens of Libyan delegates opened on Monday a political dialogue via videoconference as a step towards holding elections after the landmark agreement.

But the ceasefire does not provide "a clear commitment and a pathway to accountability for the serious crimes" perpetrated by the foreign-backed warring parties, Salah noted.

Another "flaw", according to the rights group, is the absence of any commitment in the deal to holding accountable fighters who stand to be demobilised and integrated into state security forces.

On Wednesday, a committee tasked by the GNA to search for missing persons said on its Facebook page that a dozen bodies had been unearthed in newly-found mass graves in the Tarhuna region.

This brings the total number of bodies allegedly discovered in mass graves in that area to 98 since the withdrawal in June of Haftar's forces from western Libya.

In June, the UN's Human Rights Council, with the support of Tripoli, adopted a resolution calling for a fact-finding mission to be sent to the North African country to document abuses committed there by all parties since 2016.

Libya has been in chaos since a 2011 uprising that toppled and killed longtime dictator Moamer Kadhafi.