Muslims are not persecuted in France says country’s Muslim leader 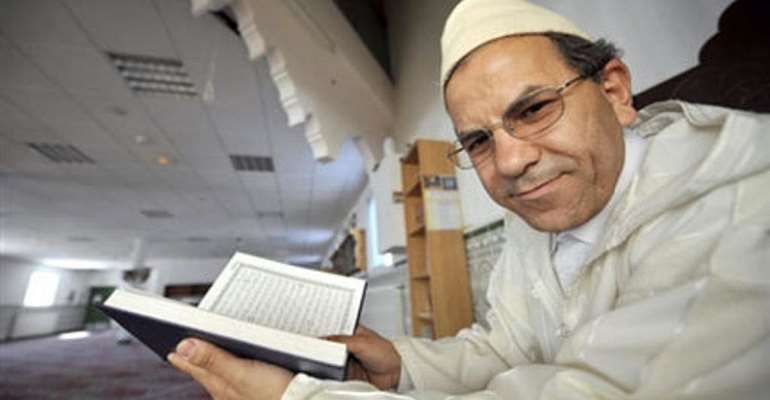 The leader of the CFCM (French Council of the Muslim Faith) has called on Muslims in France to support their home country after calls from the Turkish president to boycott French products in the wake of the killiing of school teacher Samuel Paty.

“France is a great country, Muslim citizens are not persecuted, they can freely construct their mosques and can freely practise their religion," Mohammed Moussaoui told AFP news agency on Monday. He urged Muslims in France to “defend French interests".

Turkish president Recep Tayyip Erodgan has called on Muslims around the world to boycott French products because the French president announced on Thursday that France would not end its tradition of caricatures lampooning religions.

Macron made the declaration at a service in honour of French school teacher Samuel Paty who was beheaded by an Islamist terrorist after showing cartoons of the prophet Muhammad during a class on freedom of expression.

The killing of Samuel Paty caused widespread revulsion in France and has triggered an outpouring of comments from teachers who say they self-censor when teaching some lessons, fearing repercussions from Islamist activists.

The government has stepped up efforts to uphold and teach France's values in schools and elsewhere in a bid to combat what Macron described in early October in a speech on separatism as a deliberate "politico-religious" strategy by Islamists to impose their rules over the laws of France.

No law against blasphemy in France
Laws against blasphemy were abolished in France in 1791 at the time of the French Revolution, as part of a lengthy struggle against the dominant Catholic church. Criticism of any faith is legal in France and most religions have been the subject of satire and ridicule in sketches and caricatures. Inciting hatred against people because of their religion is however, illegal.

Last week after Paty was killed, Moussaoui sent a text to imams telling them that they “must accept criticism of the muslim religion and its founding principles, as part of free intellectual and philosophical debate”.

Speaking on Monday, CFCM leader Mohammed Moussaoui said: “We know those behind these [boycott] campaigns say they are defending Islam and Muslims in France, we call on them to show wisdom. All these campaigns denigrating France are counterproductive and create division”.

“The law doesn't oblige people to like these caricatures, he continued. "It even gives people the right to detest them."

But he said he supported Macron's decision.
The French president, he said “called on people not to renounce the right to caricature, all caricatures, under pressure from terrorists".

Your insatiable taste to travel in another luxurious jet to ...
43 minutes ago

Ghana’s 3.9% economic recovery is sluggish; Ghanaians must w...
45 minutes ago