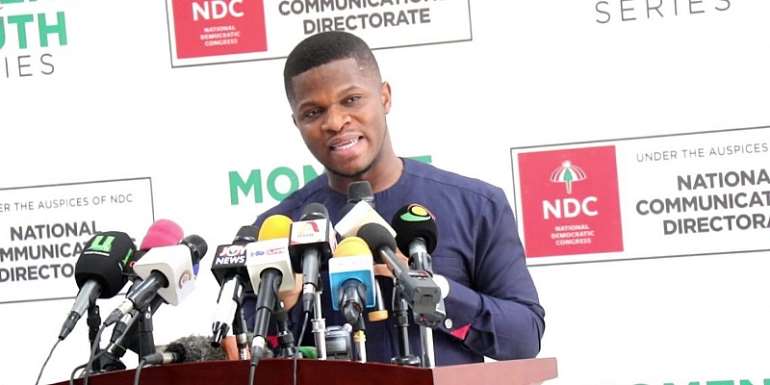 The presidential candidates contesting the 2020 general elections balloted for positions on the ballot paper on Tuesday, October 20, 2020.

While the New Patriotic Party (NPP) picked the first slot, the NDC selected the second position for the December general elections.

Communication Officer of the NDC, Sammy Gyamfi in a tweet said the party’s position on the ballot is a good omen for their presidential candidate, John Mahama.

He said the NPP’s first slot on the ballot also means that President Nana Akufo-Addo is destined for just one term.

Meanwhile the General Secretary of the New Patriotic Party (NPP), John Boadu has said the NPP’s first position on the ballot paper reinforces its campaign message for the 2020 general elections.

John Boadu indicated that the NPP’s position is paramount as it signifies the party’s achievements chalked since taking over the helm of affairs.

“We would have loved four but God is the one who decides these matters and the place he has given us is fantastic. This makes the campaign message very easy because in terms of managing the economy we are number one. In terms of everything in this country, we are number one.

“It is going to be added to the crafting of the message going forward that it [the party] is number one. We have done so much for this country within three and a half years. We have resolved almost everything that was not resolved by the NDC – weak economy, inflation within that period. We are the first in this country to have done that within three and a half years,” he said.