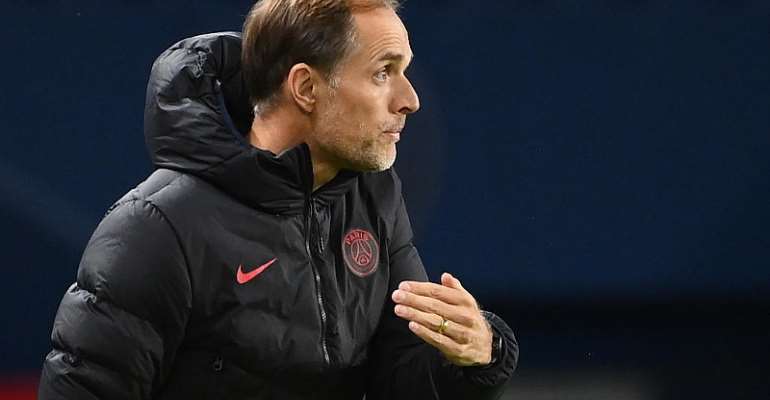 PSG boss Thomas Tuchel has urged his players not to dwell on August's defeat in the Champions League final nor meltdowns in previous campaigns as they start their quest for the 2021 trophy.

Tuchel's men take on Manchester United on Tuesday at the Parc des Princes in their first game in Group H.

Two years ago in the second leg of the last-16 against United, PSG squandered a two-goal cushion to lose on the away goals rule

“That game is not a happy memory for us, Tuchel conceded. “But a lot of things have changed for us since then. We had an incredible campaign last season in the Champions League and that gives us an awful lot of confidence and the challenge is also there not to think too much about the final.

"What we have to do is start from scratch and qualify from a very difficult group."

In an attempt to reach the last 16, PSG will also take on the Turkish outfit Basaksehir - making their debut in European club football's most prestigious tournament - and last season's semi-finalists RB Leipzig.

Talent
“We want to impose our style of play against United,” said Tuchel. “But we've got to play with a good structure. We've got to press well and stop their counter-attacks because they have fast strikers.

“They're also very good in dead-ball situations so we'll have to be on our guard.”

Tuchel should be able to deploy nearly 500 million euros worth of attacking talent on Tuesday night in the shape of Neymar, Kylian Mbappé and Angel Di Maria.

Both Neymar and Di Maria missed the 4-0 romp past Nimes in Ligue 1 on Friday night.

Di Maria was absent through suspension while the 28-year-old Brazilian was rested after arriving back in France on Thursday from international duties. Mbappé bagged a brace in his side's fifth consecutive victory of the season.

“As always we want to put pressure on the opponents' defence,” added Tuchel. “That's our style and we seem to have rediscovered our flair and confidence.”