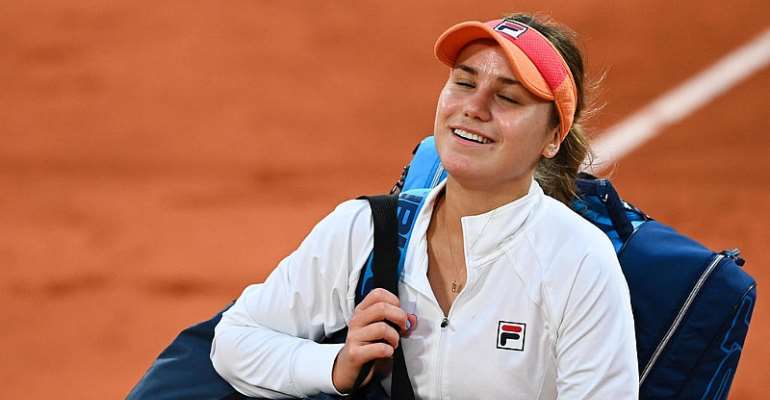 Sofia Kenin moved into her first French Open final on Thursday with a straight sets win over the seventh seed Petra Kvitova.

The 21-year-old American won the first set 6-4 on Court Philippe Chatrier and broke to lead 3-2 in the second set before the jitters emerged.

She fought off four break points to hold for a 4-2 advantage and eventually stepped up to serve for match leading 5-4.

But she cracked and allowed Kvitova to level at 5-5.

Generosity
But the 29-year-old Czech reciprocated the munificence and promptly lost her serve to give Kenin a 6-5 lead and a second opportunity to reach the final.

Even then she coughed up a chance for Kvitova to get back to 6-6. But a wayward forehand blew that opening and Kenin held firm to take the set 7-5 and the match after two hours.

“Petra's such a tough player,” Kenin told on-court interviewer Marion Bartoli after the match. “She serves well and plays an aggressive game.”

Kenin, who won the Australian Open in January, will play the unseeded Pole Iga Swiatek on Saturday for a chance to hoist the Coupe Suzanne Lenglen for the first time.

Swiatek walloped the Argentine qualifier Nadia Podoroska 6-2, 6-1 to advance to her first final at a Grand Slam tournament.

“I've had tough matches these past two weeks,” Kenin added. “So I'm going to enjoy getting to the final and start preparing for it.”