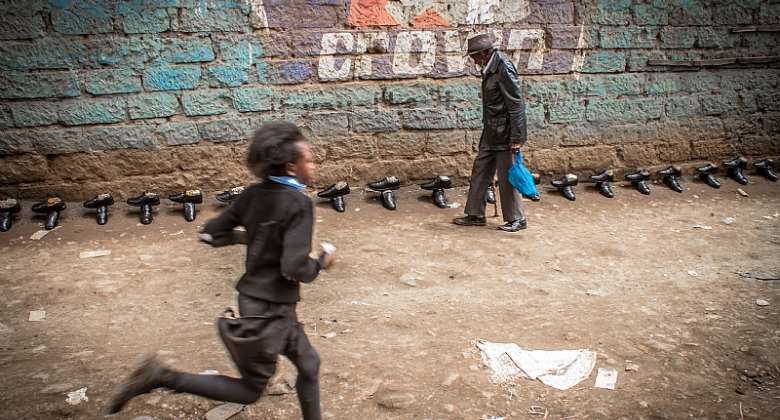 Noncommunicable diseases account for about 71% of the 57 million deaths reported around the world every year. Most of these deaths are caused by diabetes, cancers, heart disease and lung disease. Over 85% of these “premature” deaths occur in low- and middle-income countries.

A big concern is the growing prevalence of these conditions in older populations . This is especially true in low- and middle-income countries where populations are currently ageing rapidly .

Noncommunicable diseases are, to some extent, preventable and manageable. But it is estimated that by 2030 they will cause 75% more deaths than malnutrition and infectious diseases. They also create a burden of ill health and disability, particularly among older people. Mortality data don't always reflect the true personal and family impacts and costs of noncommunicable diseases.

In sub-Saharan African countries, older people often play crucial roles in their families and communities. They care for younger relatives, for example, and contribute to household income through small-scale agriculture and petty trading. Addressing the health challenges of older people benefits the society as a whole.

The United Nations set sustainable development goals in 2015. One of these aims to reduce premature deaths from noncommunicable diseases by a third by 2030. It also aims to promote mental health and well-being through effective prevention and treatment.

In our recent paper , my colleague and I looked into the burden and impact of these diseases. We found that many countries in sub-Saharan Africa are falling short of meeting the noncommunicable disease global targets. Governments, civil society and individuals need to do a lot more to care for and to improve the health of older people .

The growing burden of noncommunicable diseases in low- and middle-income countries is largely driven by cardiovascular risk factors . They include rapid population ageing, lifestyle and social behaviour changes.

Many older people in sub-Saharan Africa's urban informal settlements live in poor socioeconomic conditions and have unhealthy lifestyles. These settlements are common in major cities such as Nairobi in Kenya, and Accra in Ghana.

Older people living in these conditions are generally poor, and have little social protection and support. They are unlikely to receive regular health checks which would reveal early signs of noncommunicable diseases and risk factors. These communities may also lack access to information about lifestyle diseases. And they may not know what to do to keep healthy.

In addition, older people in these challenging settings suffer a great deal from less readily acknowledged noncommunicable diseases. These include dementia and the long-term physical and psychological effects of injuries and violence.

For individuals and families, the burden is more than economic. It's about quality of life for older adults. Sub-Saharan Africa faces a higher pace of demographic ageing and attendant noncommunicable diseases. It's essential to rethink how these conditions are dealt with.

Based on my research on ageing and health in sub-Saharan Africa, I propose a number of interventions.

The conversation should start with up-to-date and reliable epidemiological data about noncommunicable diseases and their risk factors. This should inform prevention and control strategies.

Second, governments and civil society should increase awareness and recognise the role of healthcare professionals in managing these diseases. There should be a special focus on long-term care, palliative and end-of-life care for older people.

Third, a focus on universal health coverage would improve access to healthcare services for vulnerable older adults. This group is noted for delaying and avoiding healthcare because of the higher cost of treating chronic conditions.

Fourth, there is the need to change behaviour through persistent public education about these conditions in rapidly ageing populations. Communication has to be linguistically and culturally appropriate if it's to change behaviour.

Government policies should promote healthier diets and regular physical activity. Laws should ban, reduce, or monitor risk behaviours such as heavy alcohol consumption, tobacco smoking and exposure to indoor air pollution. The production and distribution of products such as alcohol, tobacco, and sugary foods should be taxed appropriately because of their relationship with noncommunicable diseases.

Noncommunicable diseases are expected to have greater impacts in countries where poverty, malnutrition, poor sanitation, infections, and weak health and education systems persist. Unfortunately, many low- and middle-income countries including those in sub-Saharan Africa show such characteristics. Communities and families in these countries must make integrated efforts to address the challenges of noncommunicable diseases and improve the lives of older people.

Razak M Gyasi works for the African Population and Health Research Center. He receives funding from the Council for the Development of Social Science Research in Africa (CODESRIA) and Lingnan University. Hong Kong.