The Dilemma Of The Ewes 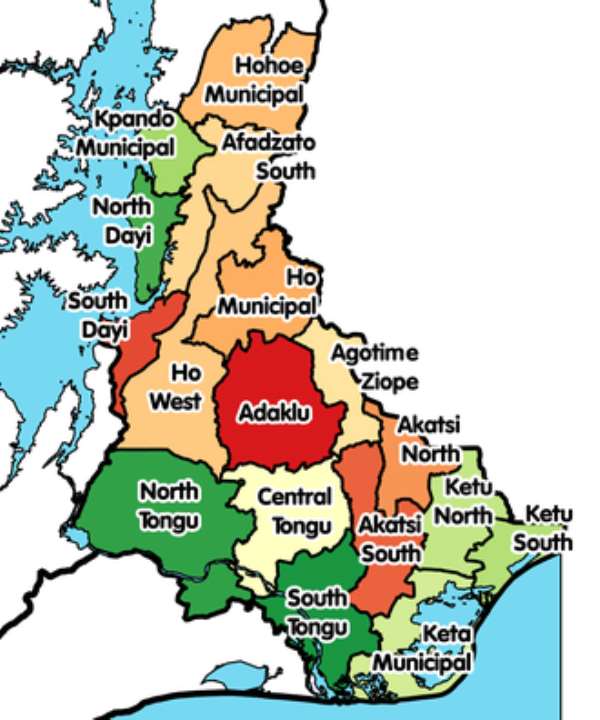 It is a difficult time to be an Ewe in this country. And the awkwardness of their situation is not about to get any better. This is because there are those in portions of Eweland that have taken arms against this country and shouting to secede.

They have attacked police stations, shot officers and seized weapons. They have burned state busses and shot at citizens and blocked streets and organized their mass rallies and driven through cities with law enforcement trucks with impunity.

And if you are the typical Ewe patriot, exactly what can you do? Already in this country, there were those who unfairly harbored hatred for the Ewes and viewed them askance. And I will be remiss to allege that the feeling was gratuitous. Misguided elements have been mutually obnoxious on both sides….on both sides.

But the present disturbances by these western Togolanders have greatly skewed the balance against all Ewes. Because those who have been looking for opportunities to insult them and demonize them now have the field day to do so. It is as if every Ewe in this country is now a potential rebel and a secret sympathizer of this rebellion taking place.

Notwithstanding that the chiefs, and prominent persons and opinion leader of that area have all condemned the group’s activities. To date, no Ewe of significance has been mentioned to be associated with the group, and many have expressed shame of the goings on of at that place. Out of shame, many have even gone to the extent of alluding that the government was behind the whole thing. If they were proud of the actions taking place in this Western Togoland, they would have come out openly to support them and claim responsibility for the occurrences. But here, there is a general shame of it, hence the attempt to shift responsibility elsewhere. Does the government really need any pretext to send troops to any part of the country such that it will go through this trouble of creating this mayhem. If this government wants to send troops to any corner of this country, it doesn’t need any false flag or decoy. It will just go ahead and send the troops. And there is nothing anybody can do about it. Period

Ironically, although this rebel group has not openly claimed responsibility for acts of lawlessness that have occurred, they have not denied them either. So by rule of res ipsa loquitur (Meaning “the thing speaks for itself”), we need not entertain any doubt whatsoever that the rebellion taking place in West Togoland are acts perpetrated by the West Togolanders.

Nobody can make people feel the way they feel unless they want to feel that way. Once you are born Black, outsiders and your own kind are struggling to outdo one another to describe you and denigrate you and make you feel subhuman. And nobody can do anything about that except one’s self: We must insist on describing ourselves and thereby disempower the enemy from describing us. The issue of being made to feel anything is therefore a purely personal one for which nobody can do anything. All I can say is that inherent in the feeling of superiority or inferiority is a state of illiteracy better derided by the wise……….And once your enemy knows that you are affected by his derogatory opinion of you, he will keep on expressing it.

As to the question of the people of the Volta Region not having been involved in the governance or leadership of this country, the record will reflect otherwise. The people of the Volta Region have provided the best human resources in every field of this country. They have been in government, education, banking, business, culture and artisanship. It doesn’t take too much to find the Ewe genius, ubiquitous and versatile, in this country. The presumption that they are not given the opportunity to play their part is therefore false.

Now comes the development of the region itself. It is true that the Volta Region might well be the least, or among the least, developed region in the whole country. Way back in 1995, I led a delegation of mourners, in my capacity as Casford Hall President, from the University of Cape Coast to a small village in the Volta region; and I was appalled at what I saw. Apart from the beautiful verdant forests and mountains, everything else was rather backward. The roads were bad. The buildings were bad. There were no significant cities or businesses along the road………… In short, everything was in shambles. Given the complaint of neglect we hear every day, there is no reason to believe that much has changed.

However, lack of development of an area is not an adequate grounds for secession. If government outlines unjust laws targeting groups and tribes and clearly debarring them from participation in the privileges existing in the country, that might be enough grounds to secede. But everybody agrees that we are not there yet. There might be actual neglect without intentional neglect as per policy. This means that everything could be quickly rectified for us to remain a unitary nation.

If that is the case, then every person from that region has to help quell the insurrection taking place there. The government can do little where the people know the nooks and crannies of their land and will fight a guerilla warfare were the rebels to be attacked. The government also doesn’t have the capacity to fight a street by street war to flush out the rebels: Too many people will be killed to endanger the security of the whole country. And if these people get killed, Ewes will turn around to blame the government for killing their kinsmen.

It is therefore left with the people of the West Togoland themselves to flush out the rebels who are their brothers and sisters and cousins hiding among them. Only they know them and can bring them to face the law. If they fail to do this, they will be morphed together with the rebels and presumed to be collaborators and traitors. Those who want to insult them will not make any differentiation between one Ewe and another. And if the day of catastrophe arrives, the situation could be similar to Rwanda and Burundi.

In their own interest therefore, the ewes must go through their neighborhoods armed with their own guns and machetes, killing or arresting their brothers and sisters and cousins who are threatening the stability of this country with the intent to secede. As far as I can see, that is the only pathway left for them to rid themselves of the present shame and calumny.